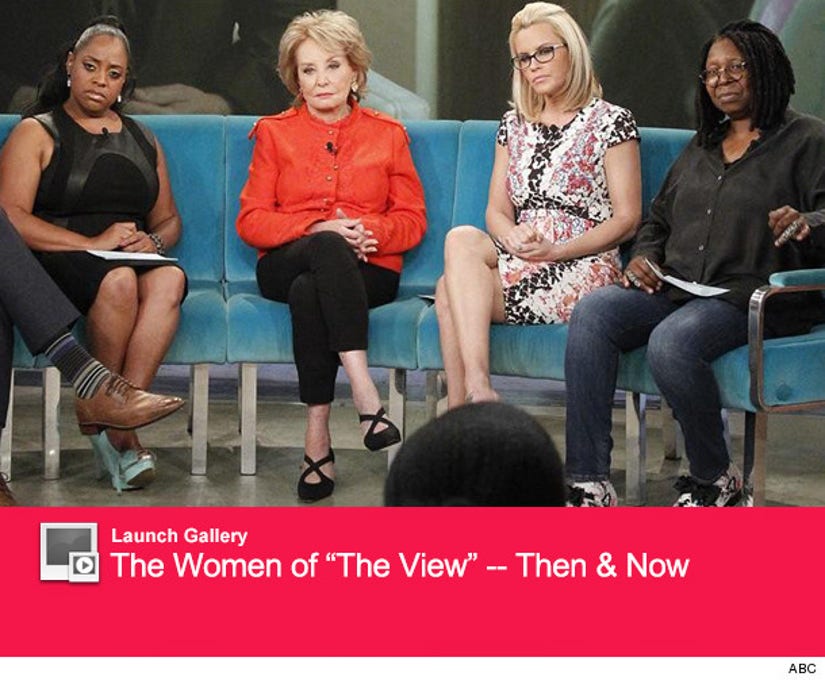 It looks like Whoopi Goldberg might be the only host of "The View" left standing, with TMZ reporting that Sherri Shepherd was officially let go from the ABC show ... and Jenny McCarthy may be out too.

Shepherd joined the series as an official co-host in 2007, while Jenny came onboard in September 2013. McCarthy came on shortly after both Joy Behar and Elisabeth Hasselbeck said their goodbyes.

The new shakeup follows Barbara Walters' departure from the show back in May, after 17 seasons, 3,811 episodes and 10 different female panelists. She'll return for Friday's episode of the morning show, which was already filmed on Wednesday.

No word yet who will be taking over, but guest hosts including Ross Mathews, Abby Huntsman and BIll Rancic have already been scheduled for next week.