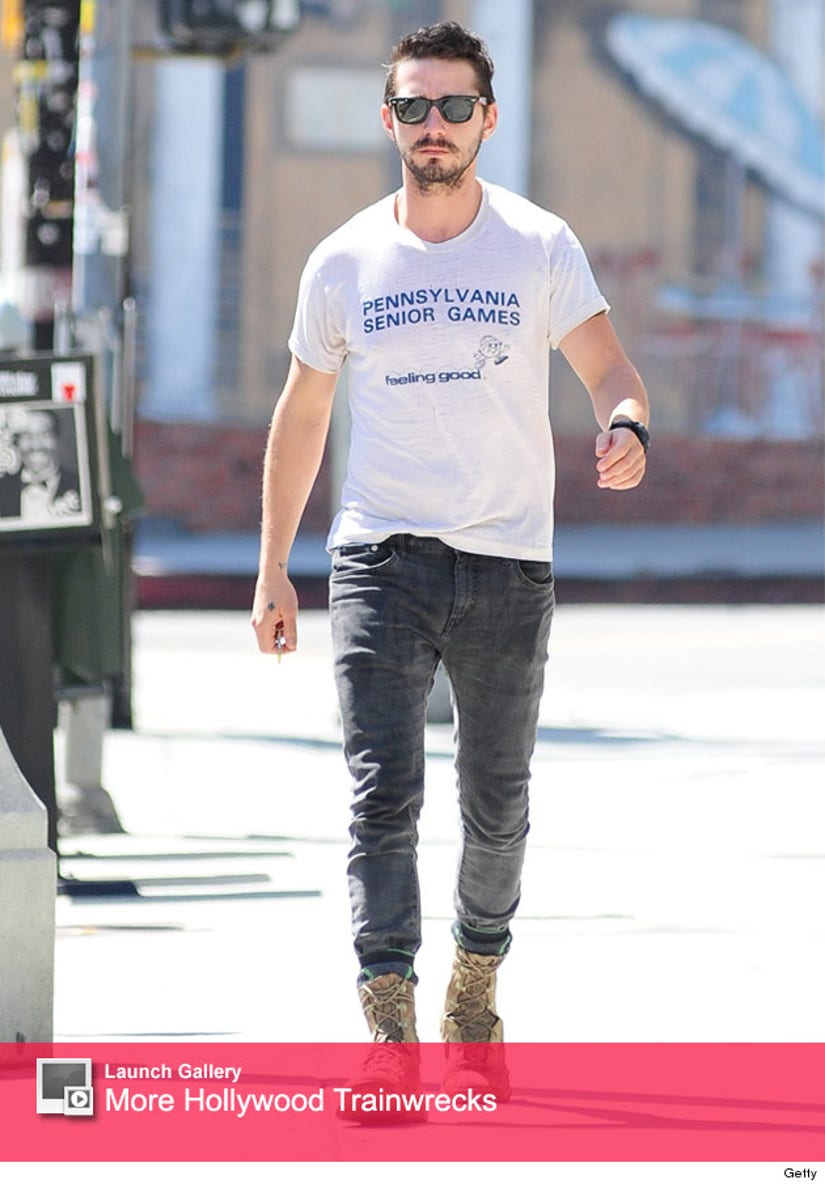 Shia LaBeouf is in trouble again.

The "Fury" star was arrested after causing a disturbance at the Broadway show "Cabaret" on Thursday night in New York City. He reportedly became disorderly during the show's first act. During intermission, he was escorted out of Studio 54.

The actor was charged with two counts of disorderly conduct and one count of criminal trespassing. An additional count of harassment was later added, according to police.

"I feel you Shia: In 1993 I was carried out of Les Mis screaming because I couldn't handle the intimations of death," Lena Dunham wrote. She also tweeted, "Seriously feel awful for the performers and am sorry to contribute to celebrity takedown culture but this is the best current event we have!"

"I guarantee you there were at least 3 middle aged women at tonight's performance of Cabaret talking more during the show than Shia," Billy Eichner joked. "Brace yourselves, kids - Shia LaBeouf is out of jail and already on the TKTS line!"

"Maybe Cabaret Act 2 was just gonna be too dark for Shia and he was trying to cover. I mean it does get real heavy," Ana Gasteyer added.

Jon Bernthal, who costars with Shia in "Fury," offered his support instead of mocking the actor's arrest. "Hang in there homie," he tweeted. "Get through it. Big love."'

Former child star Mara Wilson also expressed concern. "I had friends in common with Shia LaBeouf when I was growing up. The more I think about it, the more I think he could be Bipolar."

LaBeouf has exhibited strange behavior several times this year. In February, he wore a paper bag over his head at the "Nymphomaniac" premiere in Berlin -- and walked out of a press conference for the film after making a VERY weird statement about seagulls.

What do you think of the arrest news? Tell toofab in the comment section below, and click "Launch Gallery" above to see more celebrity trainwrecks!