Erykah Badu is the opposite of camera shy!

As she walked by reporter Mario Diaz, who was stationed outside the London Hotel to do a report on Shia LaBeouf's arrest, she approached him from behind and tried to plant a kiss on his cheek!

But, Diaz kept his cool and fended her off with a polite "excuse me.

Diaz had a sense of humor about it all and tweeted a Prince lyric: "I get it because... "'Ain't no particular sign I'm more compatible with I just want your extra time and your..... kiss.'"

"#Btw my wife and 2-year-old were 20 yards away when it happened," he added. "She saw the roll up, you putting on hat & everything."

Luckily, Mrs. Diaz wasn't upset about Badu's little stunt. "After she figured out what really happened she laughed and said, 'Great taste,'" the reporter tweeted. "Next time I won't do the NYC push back."

Click "Launch Gallery" below to see some former Hollywood trainwrecks. 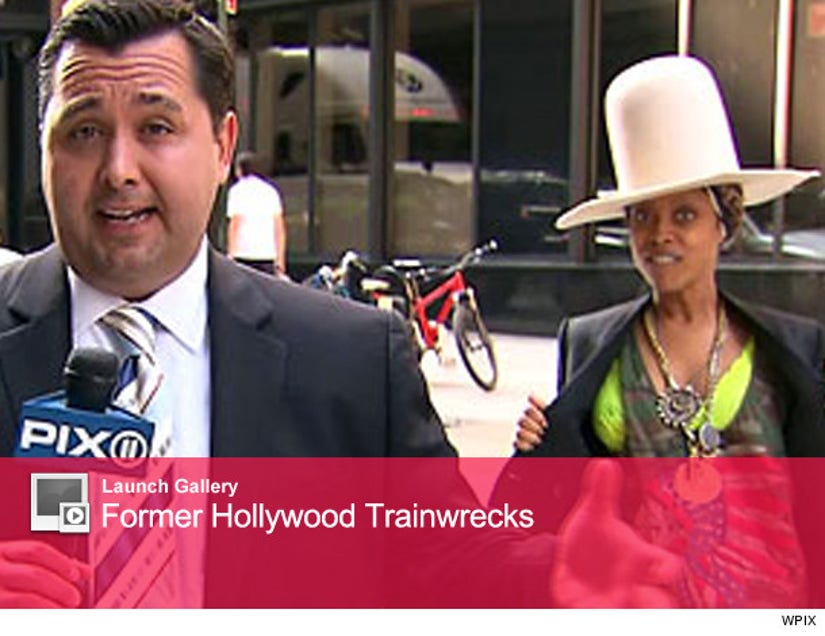