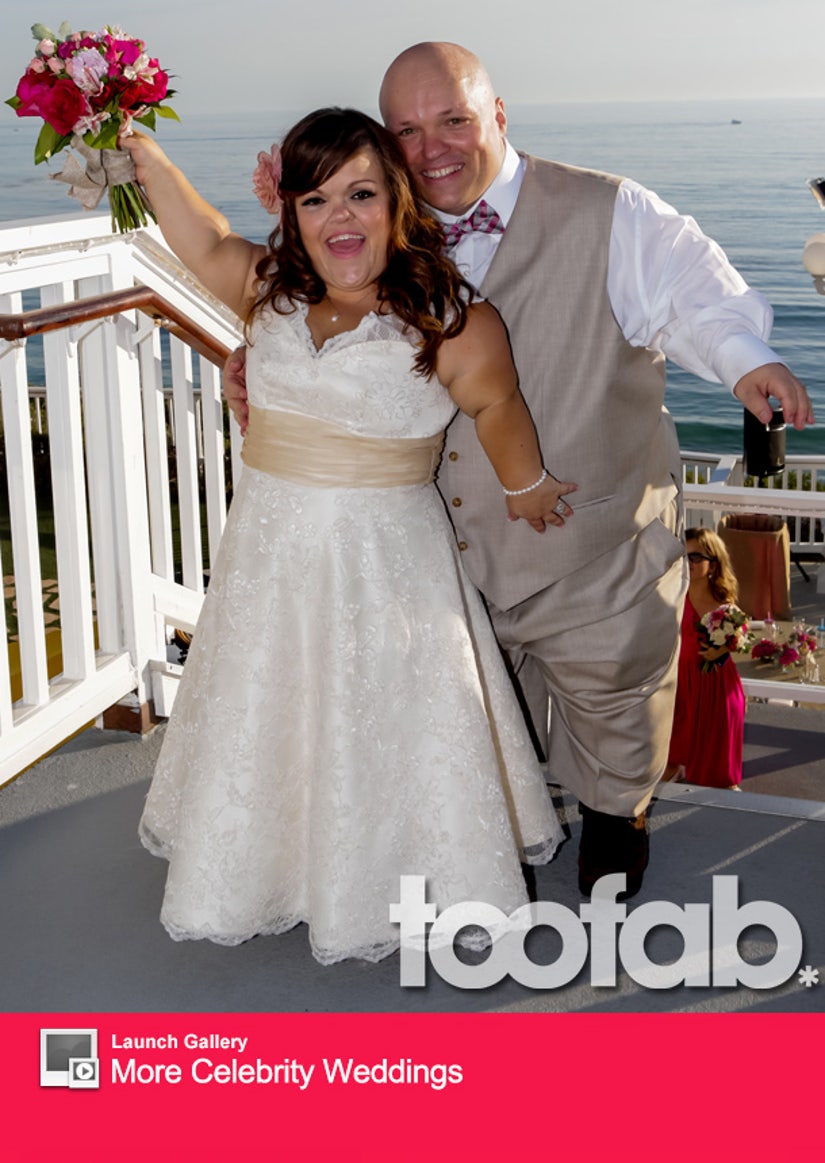 All season long, fans of the Lifetime series have seen McGinity's relationship grow with Todd Gibel, a fellow little person who moved to Los Angeles after the two met online. We witnessed their engagement ... and now toofab your first look at their wedding!

The ceremony went down in Laguna Beach on May 16, where the bride wore a beautiful white, sleeveless lace gown and a pink flower in her hair.

And while they look happy in the photos, this reality TV-ready wedding came with its fair share of drama! 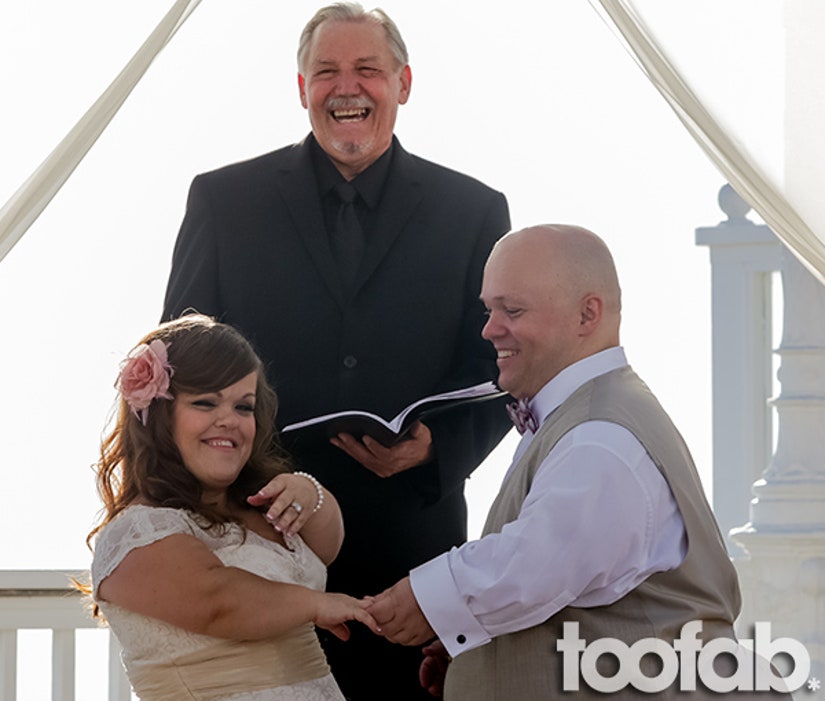 Sources tell toofab that temperatures at the event soared into the 100s and both the bride and groom were feeling the heat. The high temps did a number on the cake too, as it almost toppled over and started to lean before it could be enjoyed.

We're also told McGinity was pretty nervous about the ceremony itself, with fears that she would trip on her gown or that her cell phone would run out of batteries as she read her vows off of it. 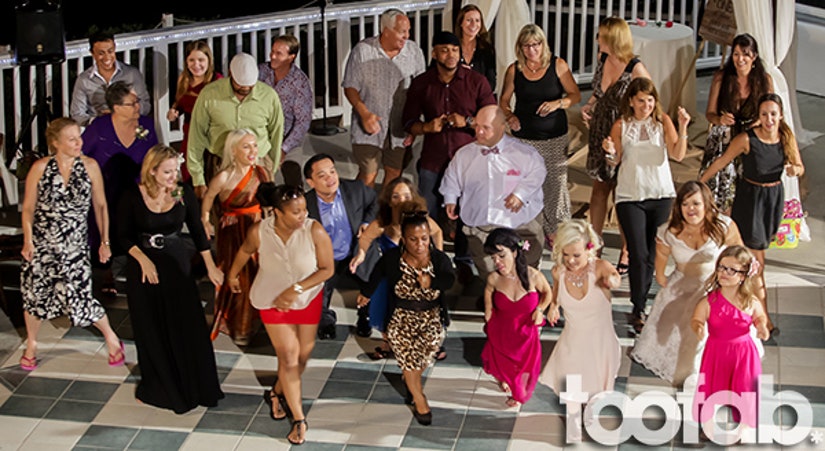 After the pair said their "I dos," the two had their first dance to an original song by Todd's niece, before partying the night away with their family and friends. McGinity's "Little Women: LA" costars Terra Jole, Traci Harrison, Tonya Banks, Elena Grant and Briana Mason were all in attendance -- and can be seen dancing with the bride above!

And speaking of Jole, we're told she was really gunning to catch the bouquet ... but was ticked off after being pushed out of the way by "an average-sized" woman.

We'll see it all go down during the "Little Women: LA" Season Finale, which airs July 22 at 10pm on Lifetime.