The crooner made yet another emotionally charged apology to his wife Paula Patton during his performance of "Forever Love" at the 2014 BET Awards on Sunday night.

Shortly before taking the mic, Thicke told the crowd, "I'd like to dedicate this to my wife. I miss you and I'm sorry."

The "Blurred Lines" singer appeared to be holding back tears and at the end of the performance, as an old picture of the couple flashed on the big screen behind him.

The 37-year-old and the actress announced their split in February after nine years of marriage.

Robin has spent the past few months making his attempts to win her back very public. Just last week, he released the music video for his single, "Get Her Back," which features a Paula look-alike and the heartbroken star wearing his wedding ring. The new album is also called "Paula."

Check out the video above to see Robin's dedication to Paula at the BET Awards, and click "Launch Gallery" below to see all the celebs on the red carpet at the star-studded show! 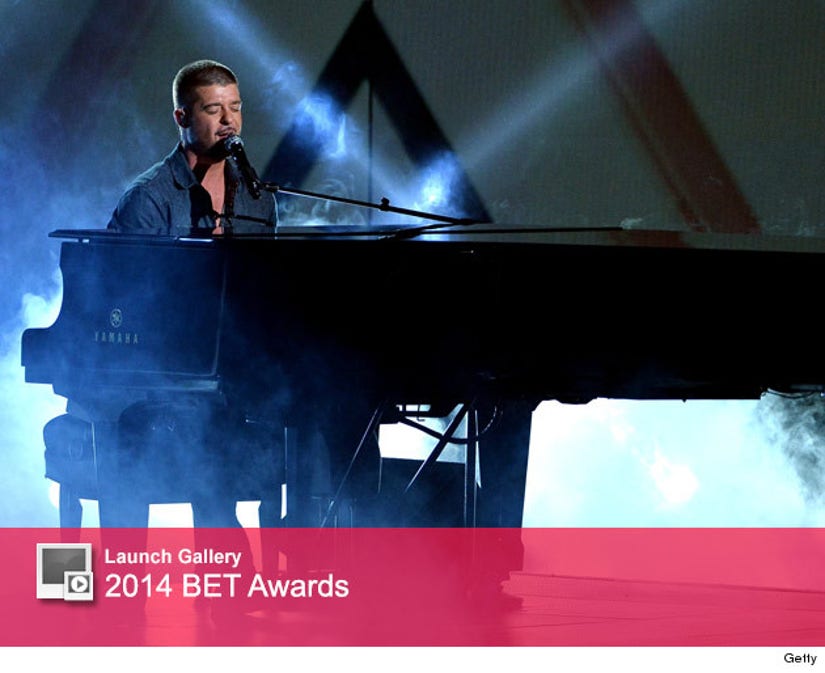