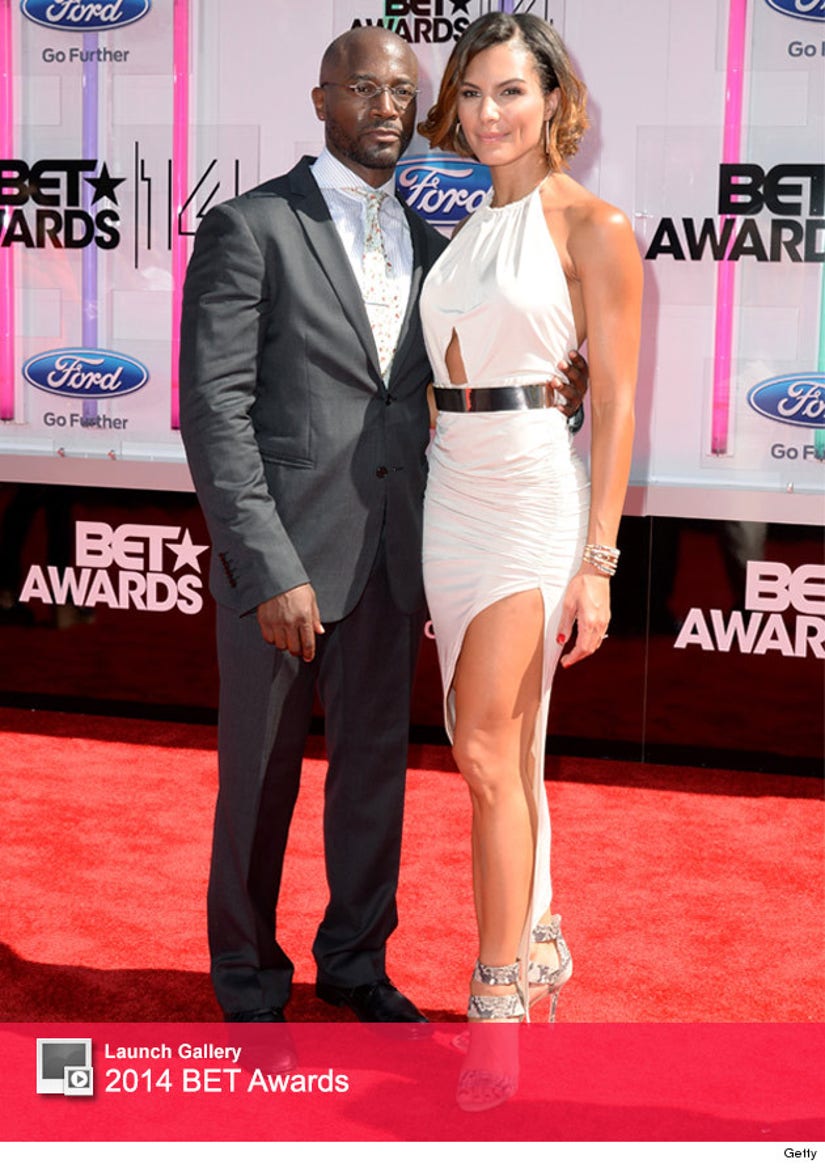 The actor hit the red carpet for the 2014 BET Awards on Sunday in Los Angeles with a gorgeous brunette by his side.

Diggs and wife of 10 years Idina Menzel announced their split just six months ago, but it already looks like the "Murder in the First" star has already moved on with model Amanza Smith Brown.

Taye looked dapper at the award show wearing a grey suit with a floral tie, while Brown stunned in a gorgeous white gown and silver belt, which accentuated her tiny waist.

The 43-year-old recently opened up about his ex-wife to Redbook magazine, explaining the he and his former "Rent" costar are just trying to focus on their 4-year-old son, Walker.

"Right now, we're still trying to figure out a lot of stuff because we're on different coasts and our son is getting older," he revealed. "The toughest [part]...well, lately, it's just leaving for work when I know I have to be away from him for more than a few days."

Diggs does look happy -- what do you think about the actor's alleged new girlfriend?

Tell toofab in the comment section below and click "Launch Gallery" above to see even more red carpet photos from the 2014 BET Awards!