The actor has been vacationing in Italy with some pals -- including Michelle Rodriguez -- and they've been posting some pretty amazing Instagram photos and videos during their trip.

In one clip, Zac and his friends are seen dancing to Jason Derulo's incredibly catchy song "Wiggle" -- and busting out an impressive (O.K., hilarious) dance routine.

Michelle's laugh in the background says it all.

In other video, the 26-year-old actor is shirtless while M-Rod does a bikini-clad handstand. It's a bit bizarre, but we'll take as much shirtless Efron as we can get!

It looks like these guys are definitely enjoying themselves on their little European getaway. 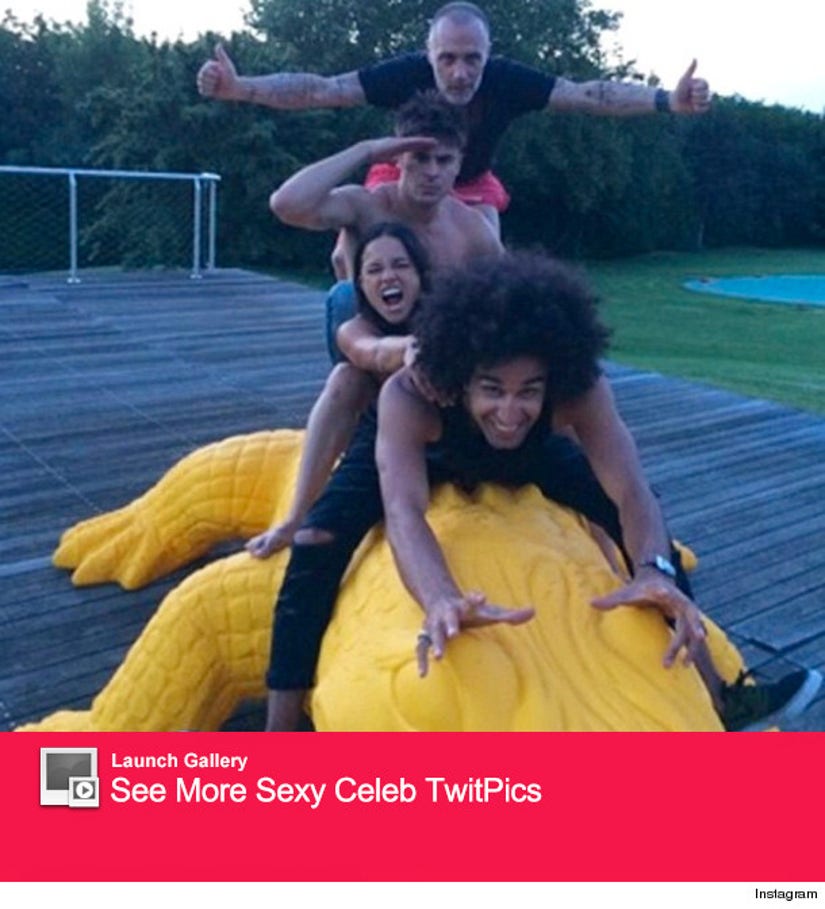