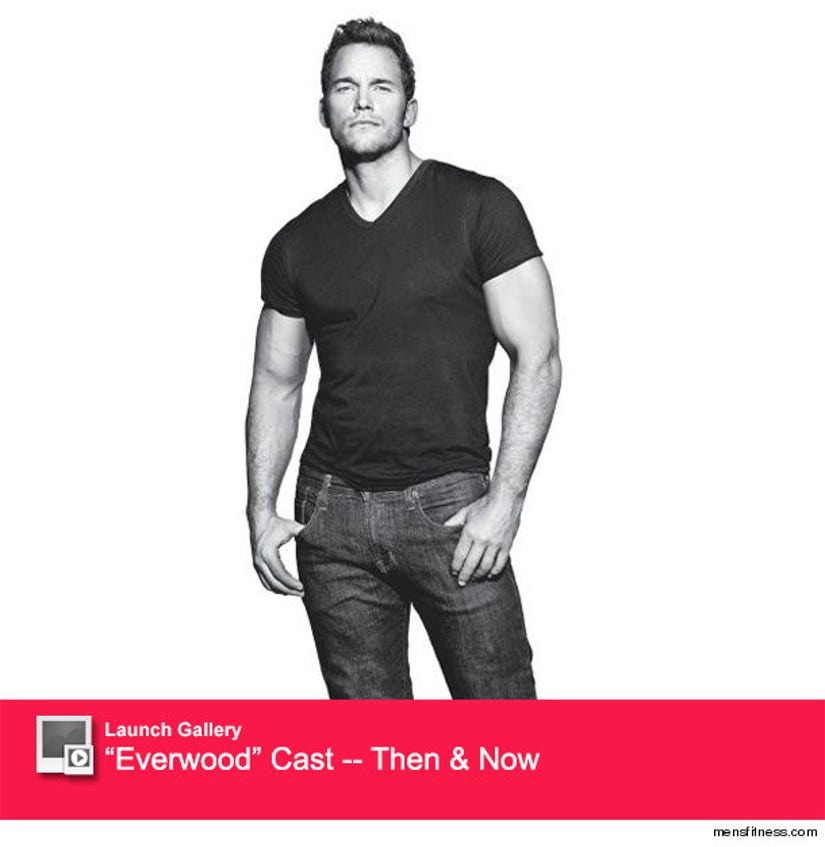 The "Guardians of the Galaxy" star covers the July/August issue of Men's Fitness, where he shows off his buff bod and opens up about his love of country music.

Pratt -- who landed his breakout role playing Bright Abbott on "Everwood" -- has come a long way since his TV soap days.

The actor recently started transforming his body for roles like "Zero Dark Thirty" and "Guardians of the Galaxy" -- and is looking better than ever!

The interview for the fitness mag took place at the original Guitar Center in Hollywood, where Pratt talked about his love of music while looking for a new guitar.

Chris, who has been playing guitar since he was just 16-years-old, says he's ready for an upgrade.

"It's like getting a house that's haunted: The spirit of the previous player can be heard in the guitar," he says of used instruments. "If I buy it new, 50 years from now, it'll only be my ghosts in there."

The "Parks and Recreation" star also says that he's a big fan of country music, naming George Straight and Eric Church as some of his favorite musicians.

An actor who can make us laugh and can play the guitar -- Pratt's wife Anna Faris is a very lucky lady!

What do you think about Chris' buff bod? Tell toofab in the comment section below and check out even more "Everwood" stars then and now in the gallery above!