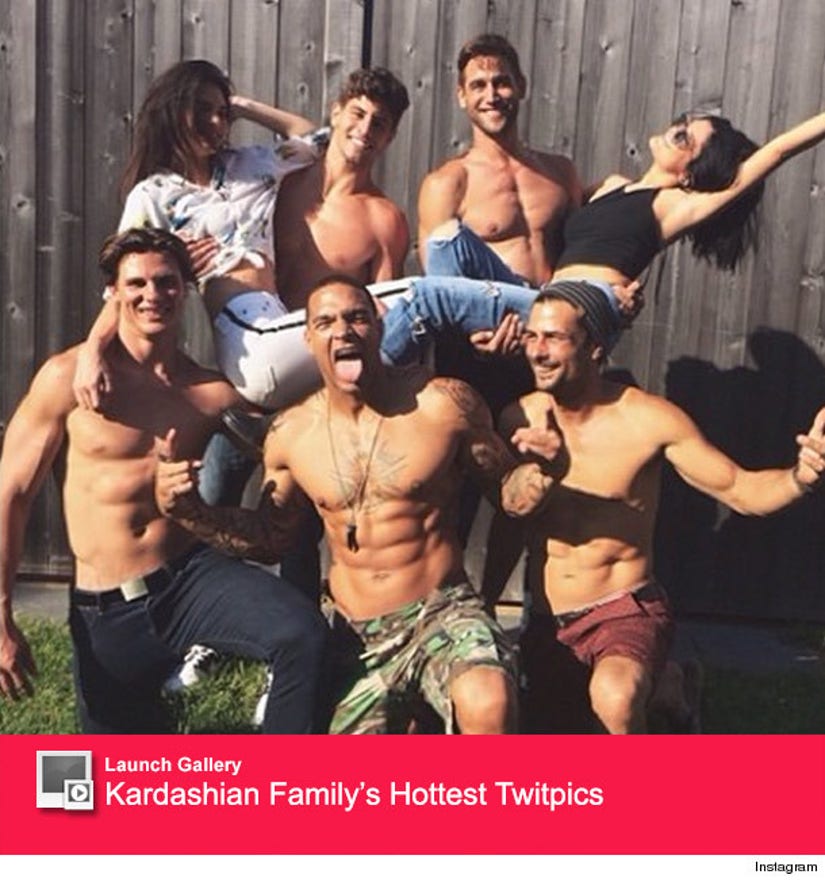 Just another day in the fabulous life of the Jenner girls!

Kendall and Kylie Jenner took to Instagram to share a series of snapshots from their semi-naked photoshoot with a bevy of handsome, shirtless male models on Monday.

Kylie posted a pic of her and her older sister being held by the buff boys with the caption, "Model boys, ladies.. model boys @brycethompson8 @kguidroz1 @frankycamm22 @Markfisher__ @Bentleyhudson88." 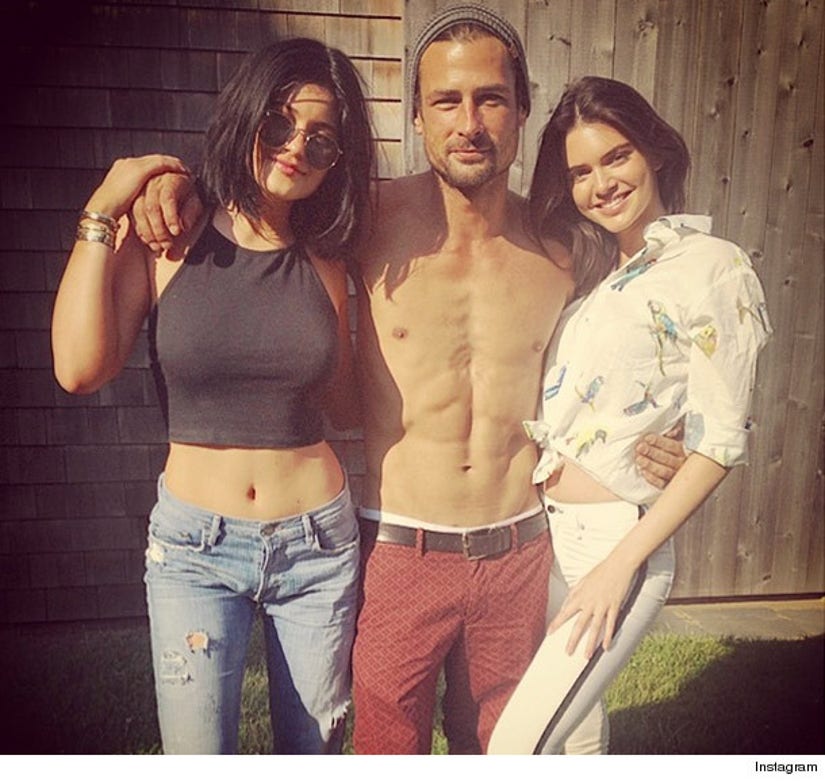 Mark Fisher, one of the five handsome hunks, shared a photo of his own from the fun shoot. "Great shoot today with the Jenner sisters...really nice girls. #kyliejenner #kendalljenner #photoshoot," he wrote.

We aren't sure what the photo spread is for, but we can see that it's going to be a hot one! 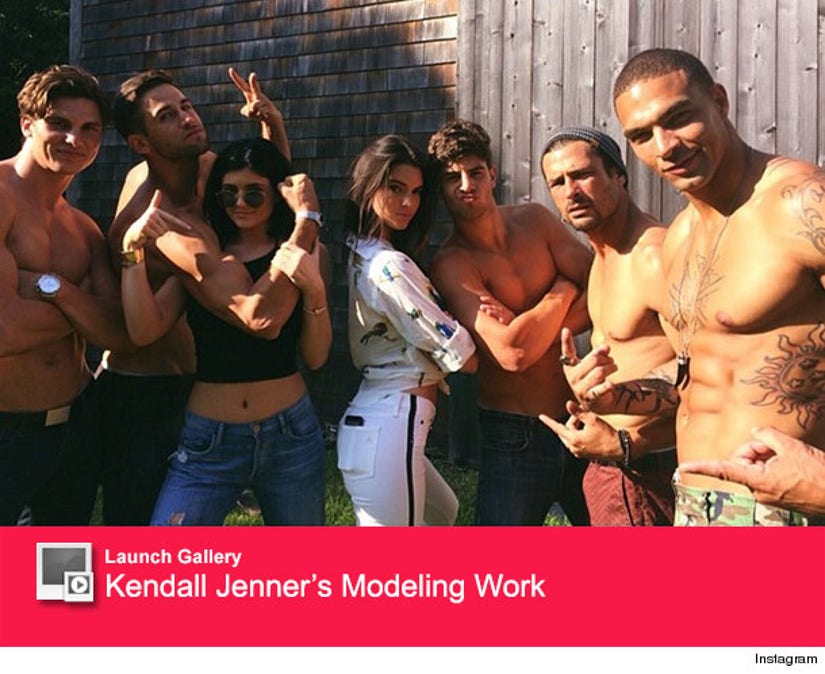 This is the latest in a string of jobs for 18-year-old Kendall, whose star is rising in the modeling world.

The brunette beauty looked stunning in a recently released Givenchy photograph for their fall 2014 campaign. Previously, she walked runways for Marc Jacobs at New York fashion week, and Givenchy at Paris Fashion week.