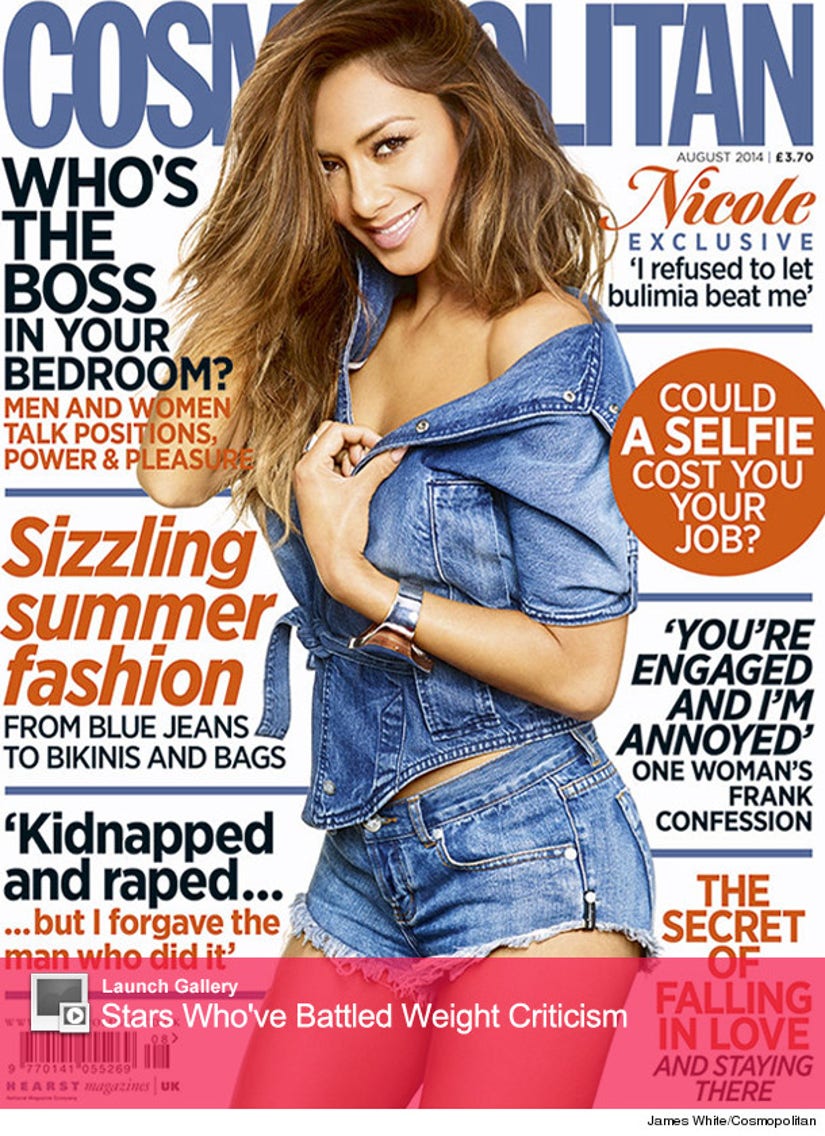 Nicole Scherzinger is opening up about her personal battle with bulimia, which she's kept secret until now.

In a candid interview in the August issue of British Cosmopolitan, the former Pussycat Dolls star talks about that "dark time" in her life.

"[Opening up about bulimia] was hard for me to speak about," the 36-year-old tells the mag. "It still is hard, and thinking about it I try not to well up." 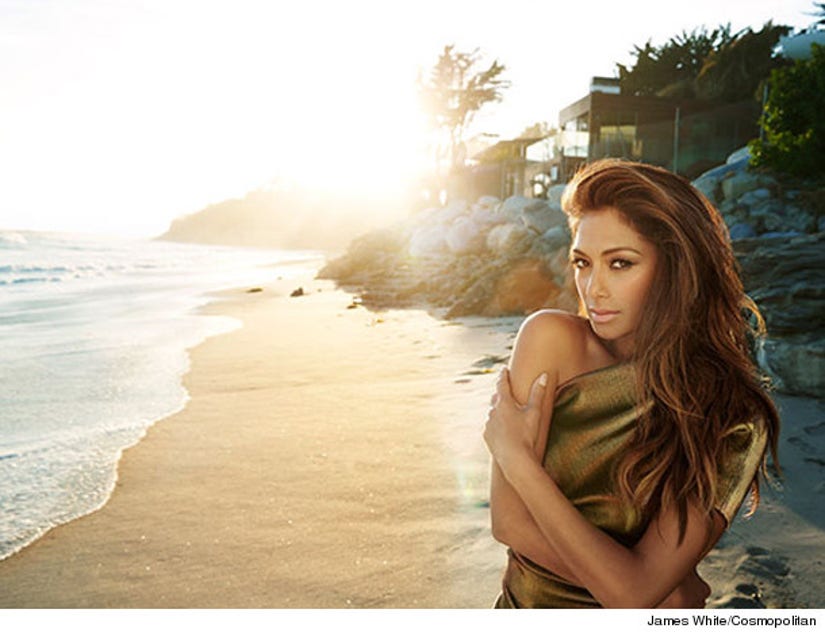 Scherzinger reveals her toughest times with the eating disorder happened in her 20s. "It is such a horrible paralyzing disease and it was such a dark time for me," she explains. "That's why I can empathize so much with people who have demons and voices in their heads, who aren't nice to themselves. It robs you of living your life. But you can recover and you can get rid of it forever. I did it and that's why it's so important for me to share my story." 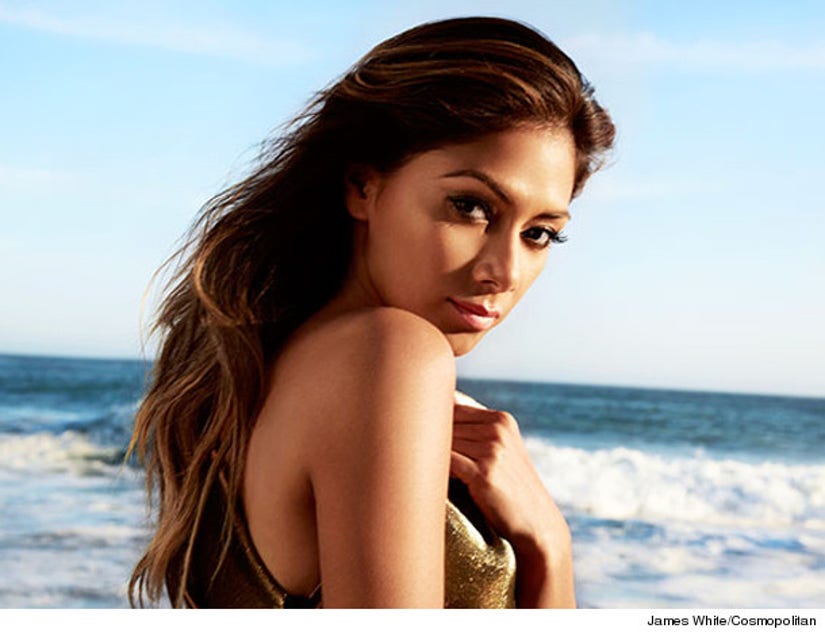 "I didn't think anyone knew in my group or in my family because I hid it that well, I was so ashamed. I knew it wasn't normal or healthy because I was hurting myself through this cycle of disordered eating," she adds. 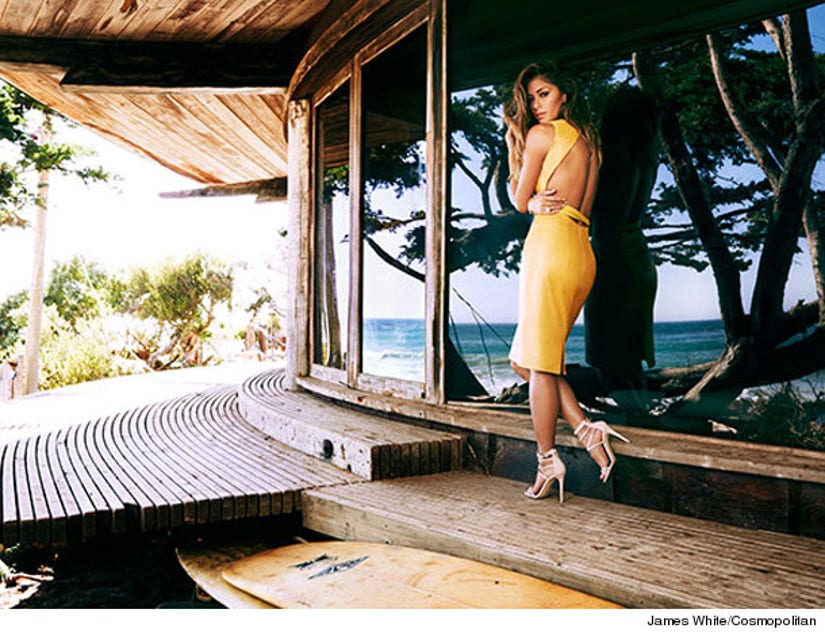 Things didn't get better for the singer until she hit rock bottom and realized she needed help.

"I had started losing my voice, I couldn't sing at shows, and then I remember my manager finding me passed out on the floor in Malta or in the south of France," she reveals. "I thought, 'I'm going to lose everything I love if I don't love myself.' One day when you feel like you've reached the end, you just say, 'I'm not doing this anymore.' It's sad to see how I wasted my life. I had such a great life on the outside, the Dolls were on top of the world but I was miserable on the inside. I'm never letting that happen again; you only get one life—I was 27 only once." 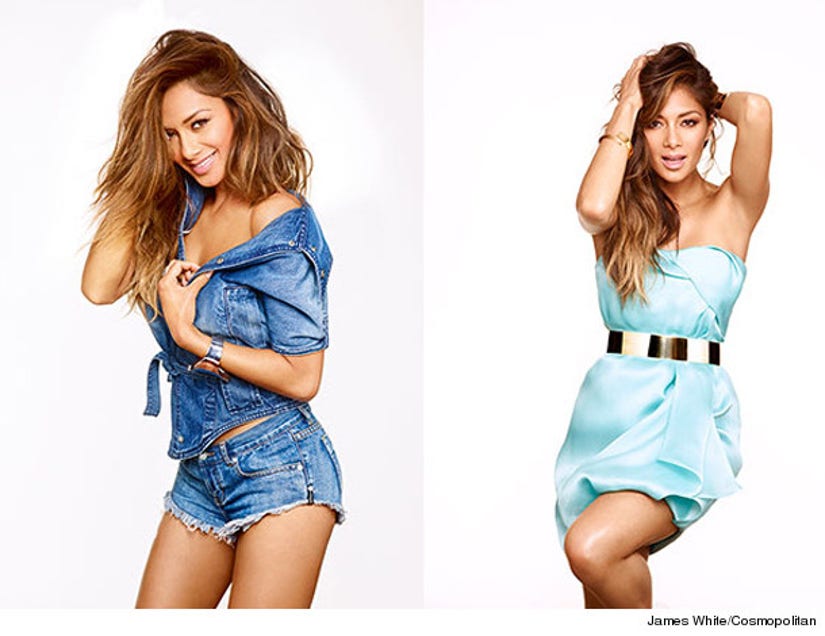 These days, the former "X Factor" judge is happier, healthier and more comfortable with herself.

"I get past my shyness by making everything about others and not thinking about myself," she admits. "That's what I did on The X Factor—I can be goofy and playful when it's about the acts. They are like my babies. But when I'm off stage, I'm not as big and animated."