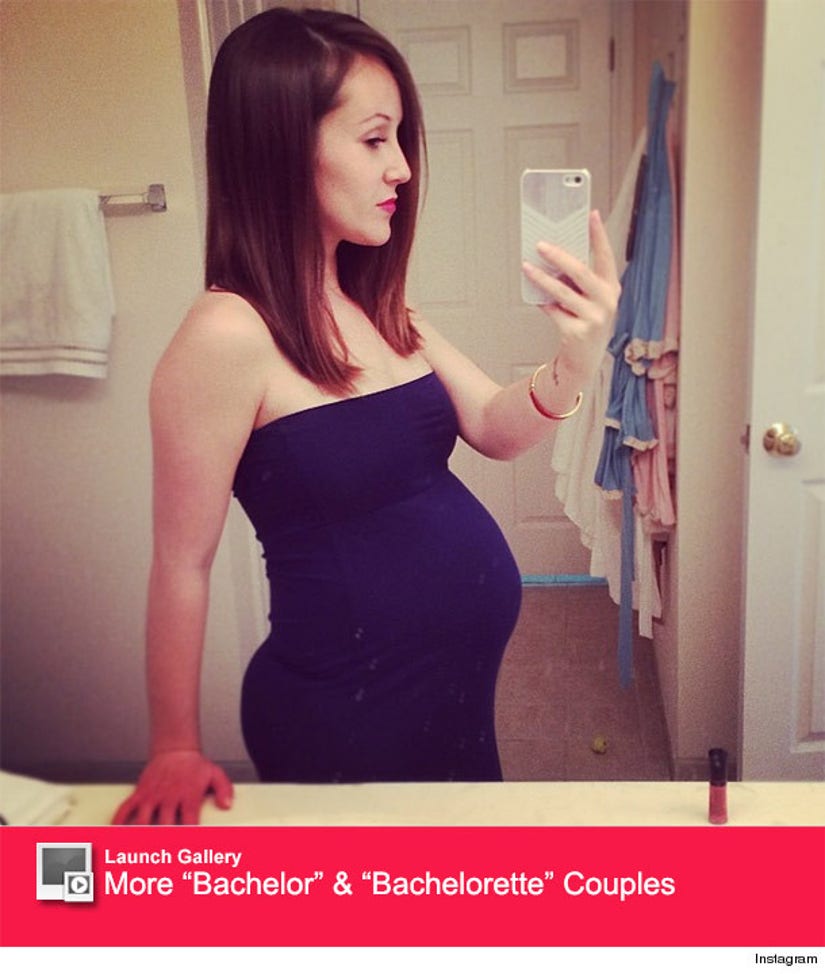 There's a "Bachelorette" baby on the way!

Ashley Hebert took to Instagram to share a new photo of her growing baby bump. "Baby Vogue Pose. #25weeks #babyr," the 29-year-old reality star wrote along with the pic.

In the sweet snapshot, the brunette beauty is showing off the side view of her blossoming belly, as she poses in a fitted strapless maxi dress.

The mama-to-be is expecting her first child with husband J.P. Rosenbaum, whom she met on the hit ABC show.

"I'm a little nervous, but we're very excited," Ashley recently told InTouch. "I've wanted a child for a while."

Hebert, who tied the knot with her hubby on TV back in December 2012, is due in October.

J.P. revealed that they found out they were expecting while attending Sean Lowe and Catherine Giudici's wedding in January.

After taking a few pregnancy tests with questionable results, they took another while in Santa Barbara.

"There was legitimately a line [on the test]. That's when we officially found out," J.P. said. "Of course it would be at a Bachelor wedding!"

This makes them the second couple from the show to have children, following in the footsteps of Trista and Ryan Sutter. Check out the gallery above to see how more couples from "The Bachelor" and "The Bachelorette" fared after the show ended.