Everyone seems to have "Thelma & Louise" fever these days -- even Jimmy Kimmel!

Weeks after Susan Sarandon and Geena Davis reunited to relive their pioneering selfie shot from the beloved 1991 classic, the "Tammy" actress recreated the iconic photo with the late night host.

"It was one of the first selfies, really, ever depicted in a film," Kimmel said of the picture, which featured Sarandon and her "Thelma & Louise" costar Geena Davis. "We invented that, really, at that moment," Sarandon agreed.

"I thought it would be fun if we could recreate that," he explained. "I want to do a modern version of that photograph, with an iPhone."

Kimmel naturally provided the props, and though the iPhone the pair used on the show is considerably sleeker than the Polaroid used in the film, everything else about the snap is spot on.

Check out their special selfie in the video above, and click "Launch Gallery" below to see your favorite "Thelma & Louise" stars, then and now! 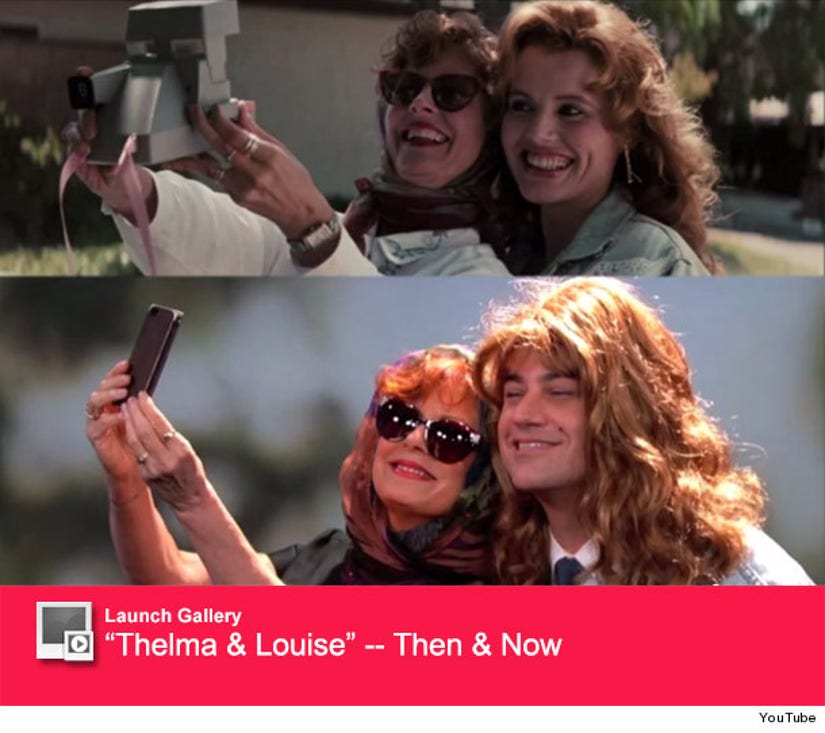