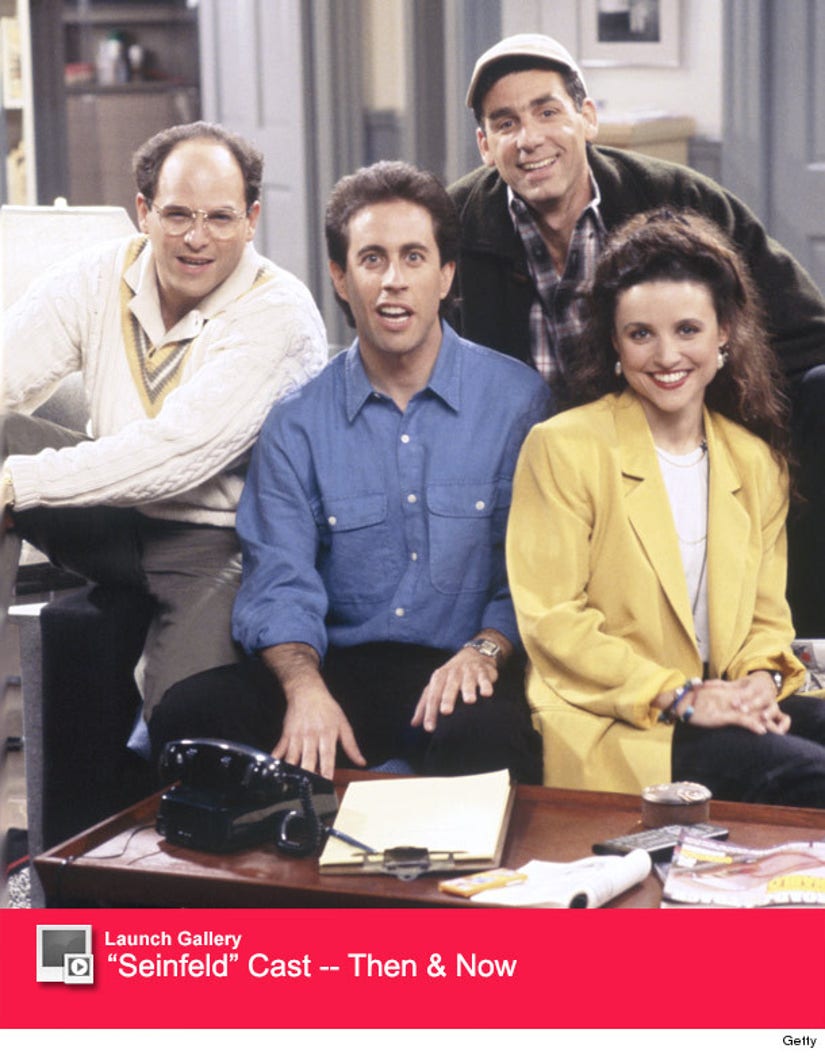 While the show about "nothing" first entered our lives 25 years ago today, famous phrases like "Not that there's anything wrong with that" and "Serenity now" are still used as commonly today as they were back in the early '90s.

Starring Jerry Seinfeld, Julia Louis-Dreyfus, Michael Richards and Jason Alexander, the series ran for nine seasons as part of NBC's "Must-See TV" lineup, forever changing the cultural lexicon and ending with one of the highest-rated and most-debated series finales of all time.

Regardless of how you felt about the show's ending -- which found the main gang serving a year-long prison sentence for not helping a carjacking victim -- the series is one of the most beloved of our time.

From your favorite stars to guest actors like Bryan Cranston and Teri "They're Real and They're Spectacular" Hatcher, click the gallery above to see what everyone's been up to since the show went off the air for good in 1998.