Halle Berry is one hot mama!

The "Extant" actress showed off her killer curves -- and a whole lot of cleavage -- during an appearance on "Late Show" with David Letterman on Monday. 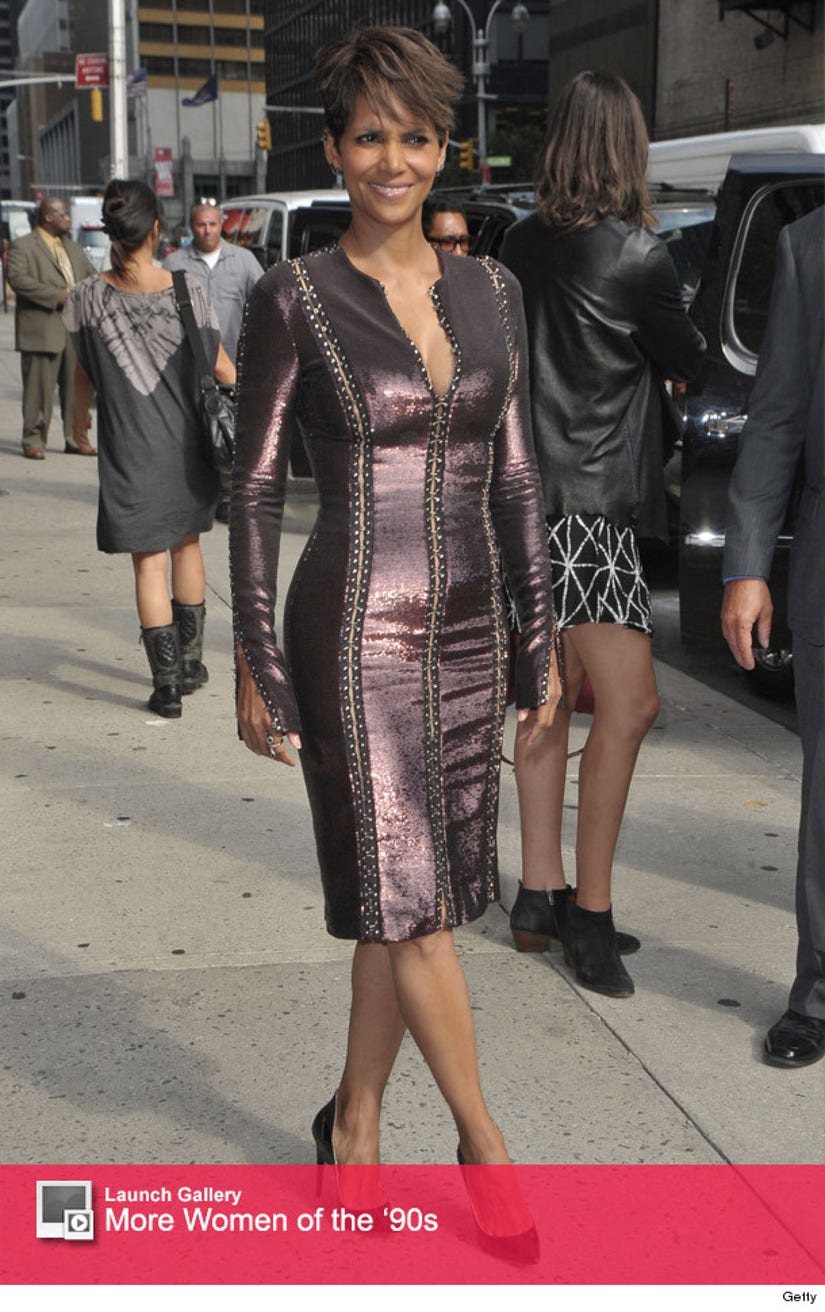 The 47-year-old beauty, who plays an astronaut who gets pregnant after spending a year alone in space on her new CBS show, told the late night host that she believes in aliens.

"I don't believe we are the only species in existence," she admitted. "My ego doesn't tell me that we're the only ones who survived … it might take us 20 years to get to those other life forms, but I think they are out there."

Check out the video above to see what Halle says about her character's mysterious pregnancy!

"Extant" premieres Wednesday night at 9 p.m. EST on CBS -- are you planning to watch?