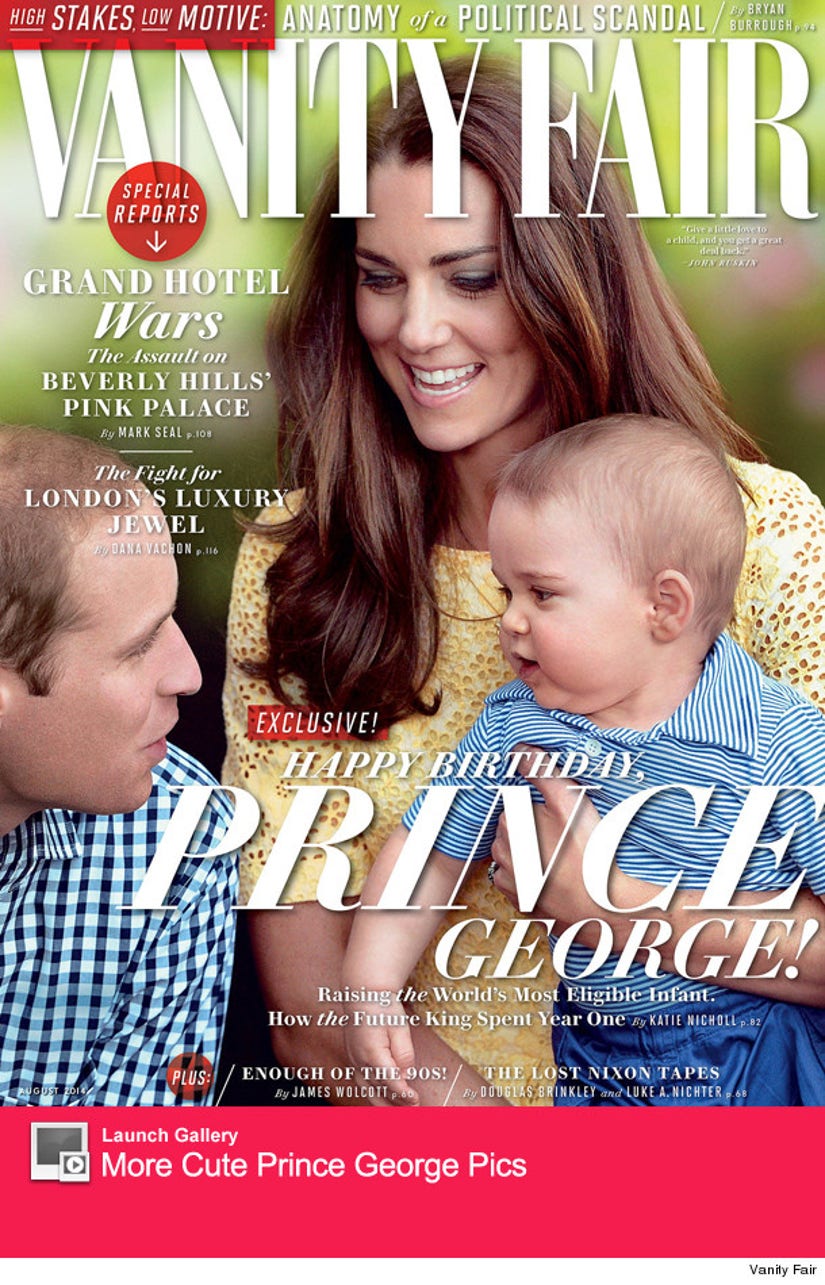 In honor of his first birthday, Prince William and Kate Middleton's adorable royal baby boy graces the cover of the latest issue of Vanity Fair.

VF writer Katie Nicholl talked with palace aides and insiders to get an idea of what it was like raising the little guy.

"Kate expressed relief that George behaved well during his first few public appearances," Nicholl revealed. "…For the first few months the prince cried loudly and frequently, and he was not sleeping through the night. Nanny Jessie Webb tried hard to get him into a routine, but the baby prince, who was still breastfeeding, was permanently hungry," and it was "only in the new year when Kate introduced solids, that George finally slept through the night."

George's needy behavior made the Duke and Duchess of Cambridge a bit worried about their highly publicized tour of New Zealand and Australia.

"William privately admitted to being nervous about the long-haul flight, tropical climate, and intense media interest, but there was no suggestion of leaving George behind," the piece states. "The Queen gave the Cambridges her blessing for them to fly together, even though this was a breach of protocol because direct heirs do not usually travel together. Upon his arrival, a senior aide who was on the trip tells Nicholl, 'George didn't really suffer from jet lag—he settled down very quickly.'"

And despite being the world's most famous baby, Will and Kate insist that George has a "normal upbringing."

"They take George to playdates at the homes of friends, among them Kate's old Marlborough friend Alice St. John Webster, who has a baby several months older than George," the article reads. "As for speculation about when Prince George will have a sibling, Nicholl reports that there are rumors among the couple's friends that they plan to try this summer."