The actor, 33, and girlfriend Eva Mendes, 40, are reportedly expecting their first child together, according to reports from OK!, Access Hollywood ﻿and People. So far they aren't confirming the news, and reps for the two have not responded to toofab's requests for comment.

Mendes, who hasn't been seen out in public since March, is reportedly 7 months along.

FYI: This is what Eva looked like during one of her last public outings -- and she definitely could have been hiding a bump. 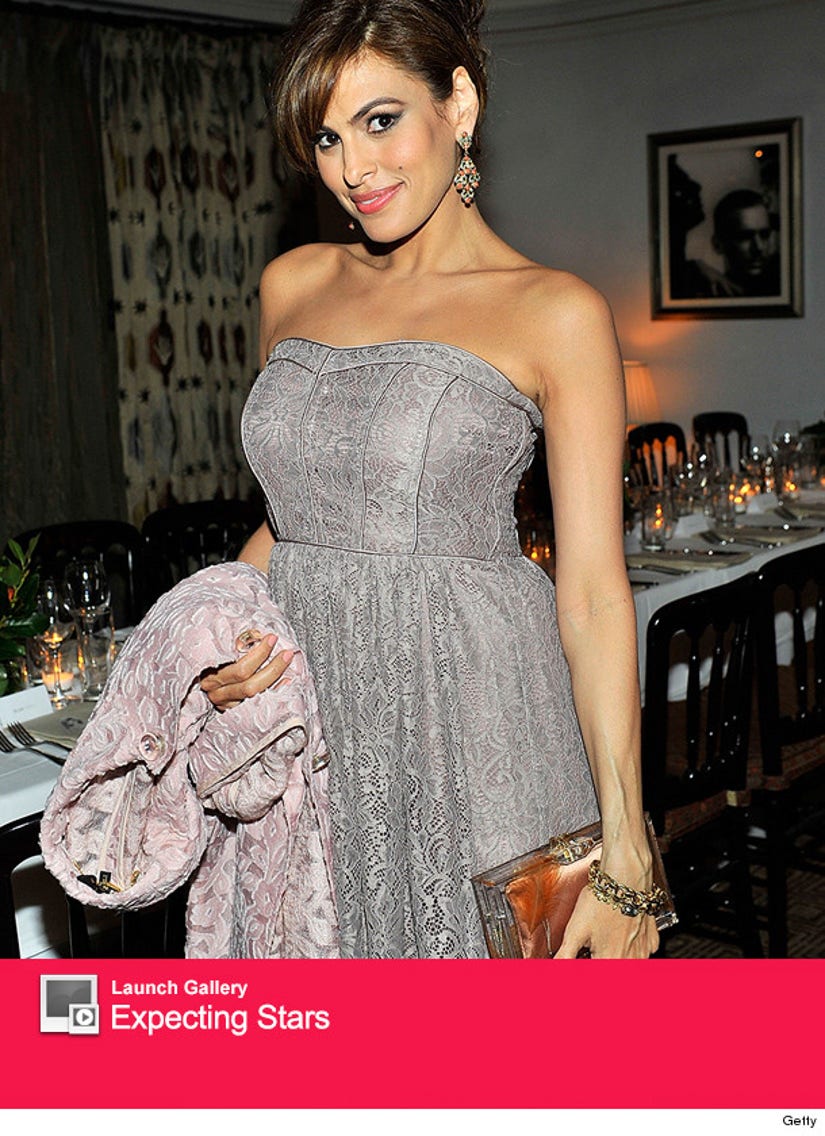 In February, the 40-year-old addressed rumors that she was expecting after she was seen avoiding an x-ray at the airport.

The two are notoriously private, so don't expect a confirmation anytime soon -- but congrats if it's true!