Nicole Richie appeared on "Watch What Happened Live" Tuesday, where she was asked about the her friendships with Paris Hilton and Lindsay Lohan.

"Paris is somebody that's been in my life since day one," the fashion designer said of her "Simple Life" costar. "I haven't spoken to her in a while technically, but if you really want to get into it, my view of a friendship is somebody that you don't necessarily have to talk to every day, somebody that you can call when you need them and they're just going to be there. Time of whether I've spoken to somebody is really...it doesn't really matter, in my opinion.

"An idea of a true friend is somebody that's going to be there with you through and through," she added. "The short answer is I haven't spoken to her in awhile, but we are very good friends and I love her and love her family and have a lot of respect for her."

See how much Nicole has physically changed through the years below -- it's kind of crazy! 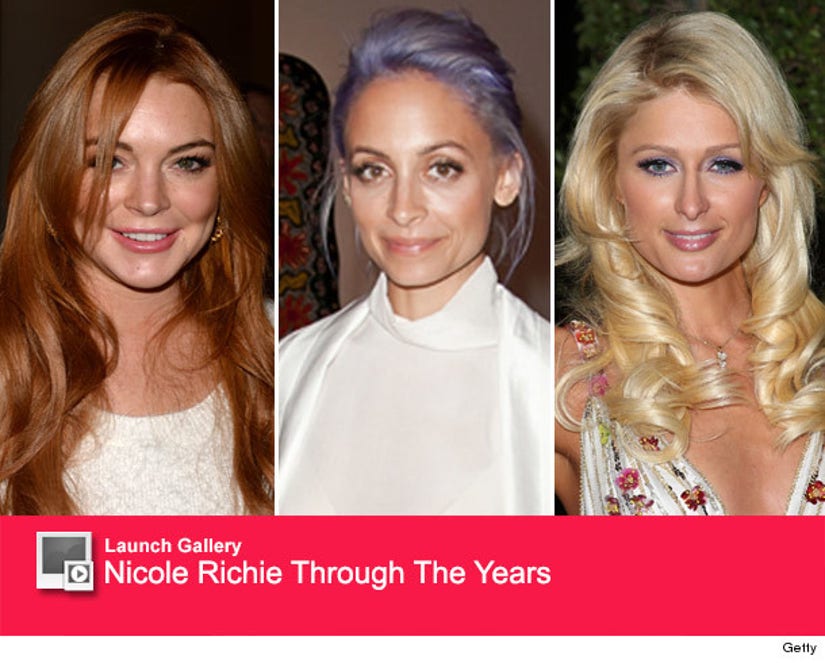 The mother-of-two revealed that she has no regrets about joining Hilton on "The Simple Life."

"The Simple Life was the most fun time of my life," she told Andy Cohen. "I was twenty and I had a television network, which was Fox, come up to me and say, 'Do you want to take a trip for 28 days and get paid for it?' I was like, 'Okay!' It was great. It was like backpacking -- it was with your best friend and you got paid for it and it was fun!"

VIDEO: Nicole Talks About Getting Spanked by Britney Spears

So, what about Richie's other former partner-in-crime, Lilo? Watch the video above.

Mrs. Joel Madden also confirmed that she's the person responsible for setting up her brother-in-law Benji Madden with her pal Cameron Diaz. Check out the video below to see what she said about their budding romance!

What do you think about Nicole's candid comments? Sound off.