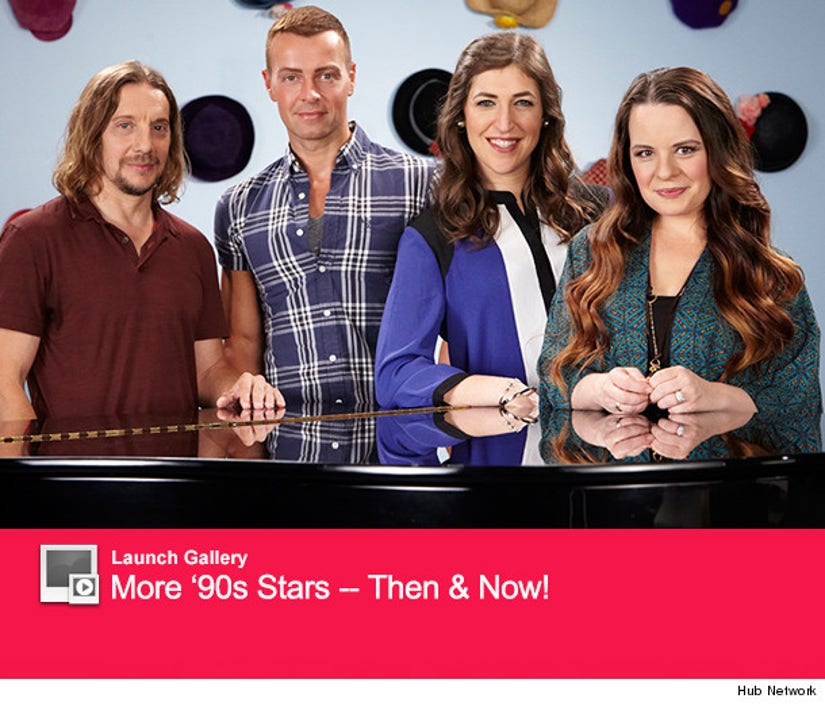 Whoa, can you believe it's been almost 20 years since "Blossom" went off the air?

Yeah, neither can we -- but we love seeing the stars from the classic sitcom together again, reminiscing about their years on the beloved series as it re-airs this summer on the Hub Network.

Mayim Bialik (Blossom), Jenna von Oy (Six), Joey Lawrence (Joey) and Mike Stoyanov (Tony) recently reunited to film a series of promotional videos, where they not only showed us what they all look like now, but also revealed some secrets from the set.

First up: How did Six get her name? In the series, von Oy's character jokes she was given the numerical name because her father said "that's how many beers it took" -- but that's not the real story.

See why show creator Don Reo gave her the interesting moniker below. Plus, see what Jenna says about her character's fast-talking ways:

Stoyanov also opened up about his trip to the Playboy Mansion to film an episode of the show with Hugh Hefner -- and his private tour of the grounds' infamous grotto.

"Blossom" airs weekdays at 10 and 10:30pm ET on the Hub Network. A three-hour marathon featuring more videos from the reunion will kick off Friday, July 11 at 9pm ET.