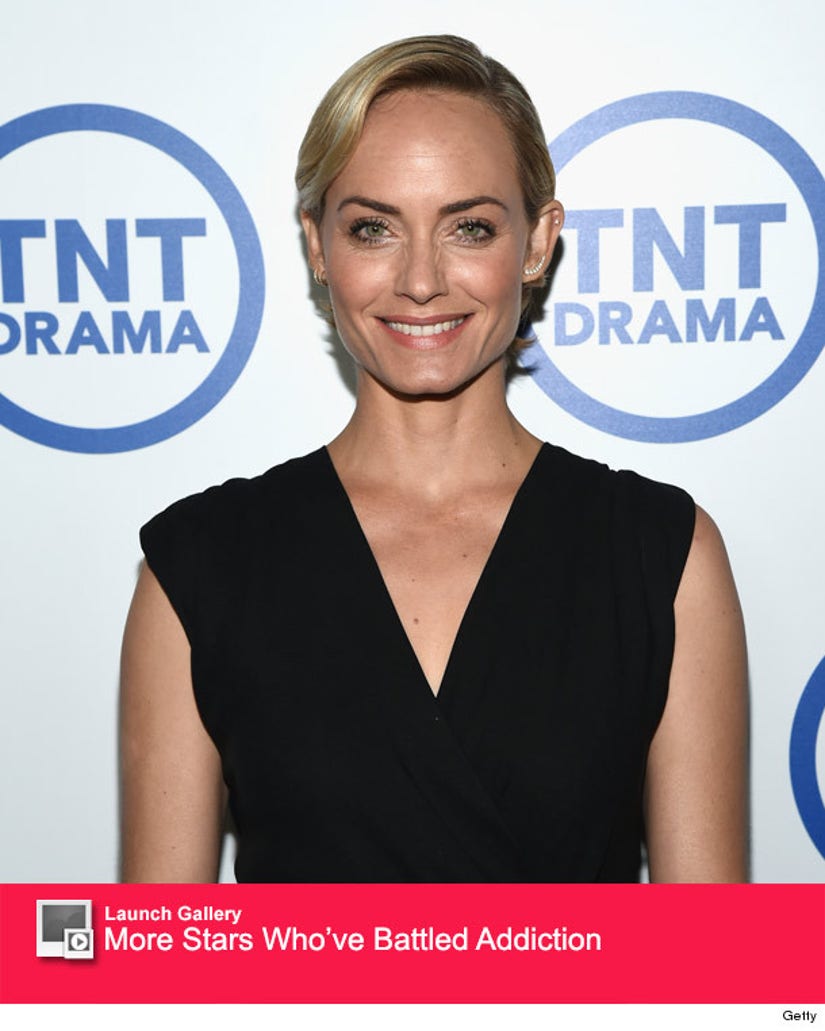 Amber Valletta is opening up about her life-long addiction to drugs and alcohol.

"I'm coming out to you today as an addict. I suffer from a disease called addiction. I've had it for as long as I can remember," she explains to MindBodyGreen.com.

The 40-year-old actress reveals that her problems started when she was 8-years-old because she was "uncomfortable being a human being."

"I sniffed markers, I sniffed glue, finger nail polish, anything that could give me a buzz, then I started hyperventilating. Then I found drugs that were you know, around the culture of my family," Valetta admits.

Although the "Legends" star believes addiction has something to do with genetics, she does not blame her childhood upbringing or anyone close to her. "I am not a victim. I do not blame my parents. I don't blame my family, and I don't blame anything that happened to me that was negative."

Valletta started modeling at the age of 18 when she moved to Europe and was introduced to more vicious drugs like cocaine and alcohol, as they were "widely acceptable" and "given to her" in her line of work.

"I had a multi-million dollar deal and I showed up the first day to shoot this campaign, high and drunk. I didn't care," she explains. "And that's to just show you addiction takes you to the worst places."

The supermodel realized there was more to life than getting high, and at the age of 25, she became sober. She credits praying and meditation to helping her maintain her sobriety.

"I do believe that if you do something enough, you change," she said, adding, "In my opinion I don't want to risk it. My life is too good today."