The veteran songwriter and producer behind Christina Aguilera's "Beautiful" and Pink's "Get the Party Started," is taking a stab at reality TV in the new VH1 series, "Make or Break: The Linda Perry Project."

The eight episode series chronicles Perry's songwriting and recording sessions with seven artists on the fringes of the music industry. But, rather than relying on cover songs and superstar personalities, she's coaching these music hopefuls on how to write songs, how to record, how to perform and how to navigate this tricky business.

toofab's Rachel Hoffman caught up with Linda to talk about how her show differs from other singing competitions, like "American Idol" and "The Voice," her infamous feud with Pink and married life with Sara Gilbert.

The 49-year-old rocker isn't shy about her criticism of these high-profile singing shows, claiming that these competitions are giving aspiring musicians the wrong message.

"I thought it could help a generation that's growing up thinking that you just jump on a TV show and become famous," she revealed. "These are actual real artists who go back to performing at their gigs, go on tour, write -- after we stop rolling. They were artists coming in. So, it wasn't like Suzy, who works at the Dairy Queen, that always was a big hit at karaoke."

Perry handpicked each of the artists that are vying for a spot on her record label, Custard Records. "I didn't do a casting call. I found all of these artists through other artists," she explained. "It's hardcore because I'm very honest, very aggressive -- and not for shock value. It's a reality show that really has a warm, raw intention about making and creating music -- it's very real." 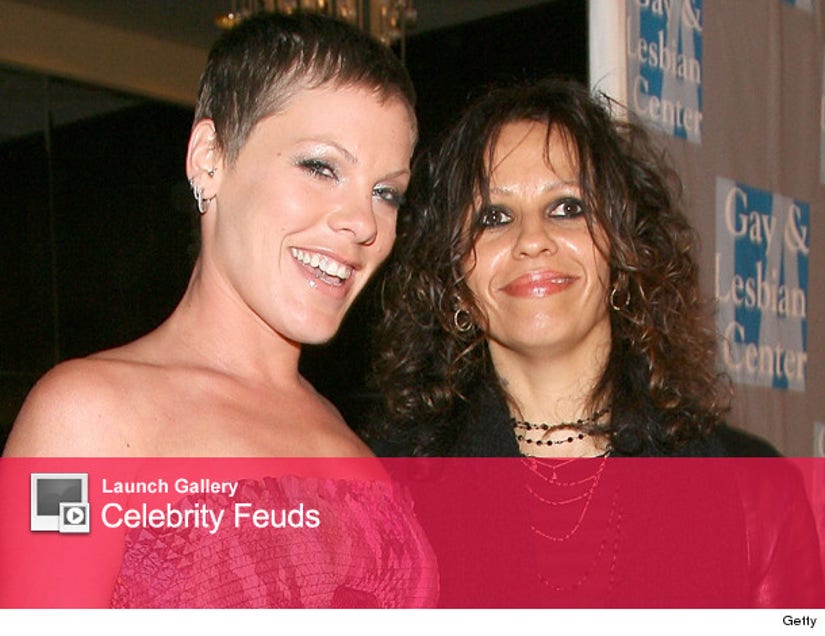 Perry also talked about her feud with Pink, which started after she went on to work with other artists, including Christina Aguilera.

"I'll take my blame for it, I'll be accountable for my part," she revealed. "I admit that I got very jealous and a little controlling about the music choices she made after 'Missundaztood.' My righteous behavior came out, and I may have called her out."

She added, "Alecia (Pink) had mentioned stuff about me working with Christina, but nothing was ever said directly to me. I love her and respect her and I would love to work with her again. We have a great connection."

The brightest spot in her life is her wife, actress Sara Gilbert. She started dating the "The Talk" cohost a few years ago, and the pair married in March. 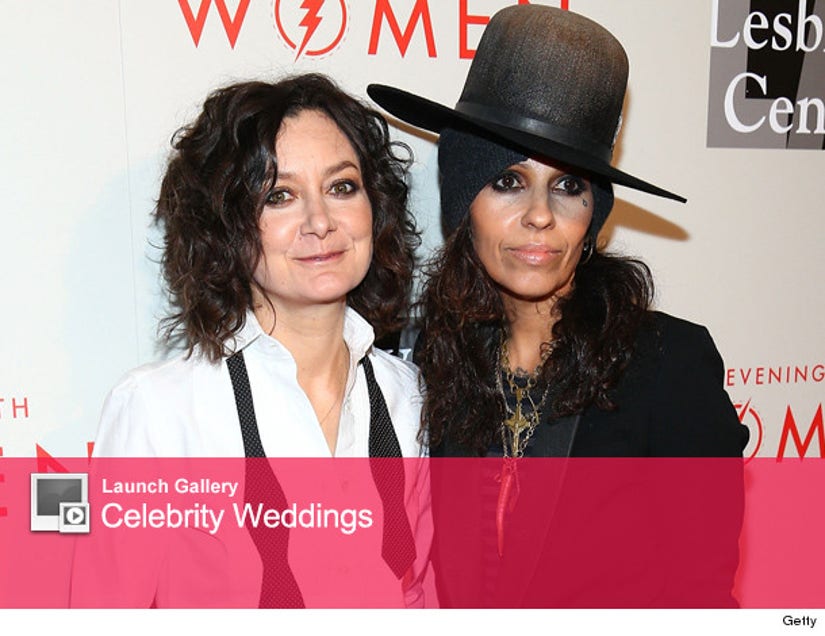 "Sara has been one of those precious moments in my life. And now, I can cherish that for the rest of it. We both knew that this was it when we got married," she said with a smile, adding, "I was more excited about being part of a historical moment. I took a picture of us standing in front of a sign that said "Marriage License" -- that felt like a historical thing ... I couldn't bare leaving Sara. I have this ring on my finger now, and every time I touch it, I think of her."

What a love story!

Check out the video above to see what else Linda said about her show and what it's like working with music's biggest stars, including Alicia Keys, Celine Dion and Gwen Stefani.