Cameron Diaz and Jimmy Fallon were up to their usual crazy antics on "The Tonight Show" on Tuesday, facing off in a race in inflatable kayaks.

The rules were simple: each competitor would paddle out of Studio 6-B through a "waterfall." From there, they'd encounter a "cranky old fisherman" in the hallway, as well as boulders and "salmon swimming upstream." Other hazards included two Elton John impersonators: one singing "the most annoying part" of "Crocodile Rock" and another named "Benny and the Jetski."

Before they took off, Fallon joked, "Cameron and I have always been pretty serious athletic rivals."

The "Sex Tape" star zoomed away from the starting post, leaving the late night host to abandon his kayak and resort to throwing salmon instead.

Check out the crazy clip above to see these two in action! 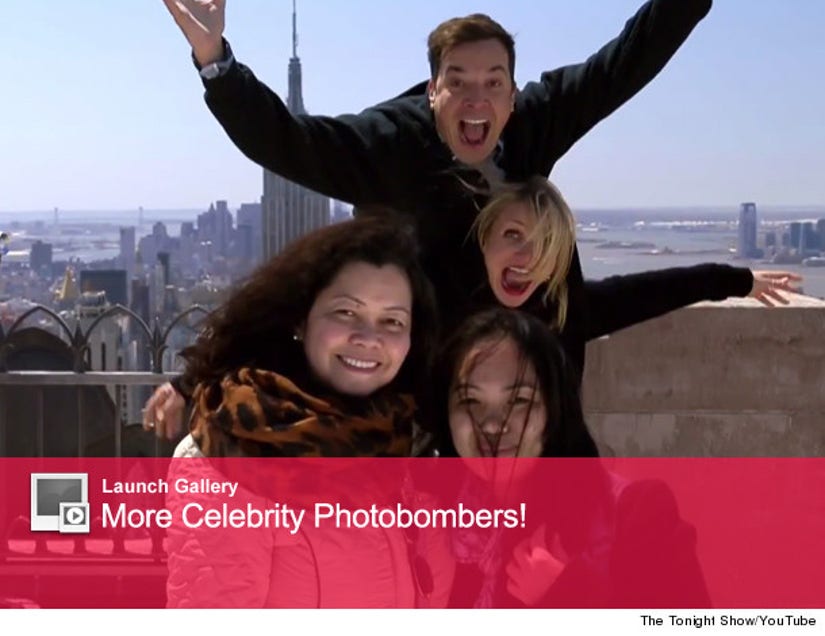 This isn't the first time Cameron and Jimmy have teamed up for a fun segment. Back in May, the duo photobombed tourists at The Top of the Rock in New York City.