Talk about a love triangle!

The drama is expected to heat up with Ryan "Daddy" Richards on tonight's episode of "Party Down South," when Taylor "Lil Bit" Wright's boyfriend Grant comes to visit.

The costars admitted that they hooked up in between seasons, but their relationship got rocky after Lil Bit revealed that she was dating someone else.

After going back and forth about inviting her beau to stay at the house, the pint-sized blonde decides to let him come.

In the sneak peek above, Lil Bit can't contain her excitement to see Grant, but it looks like Daddy is gearing up for a night of heavy drinking (which always turns into some heavy drama!) 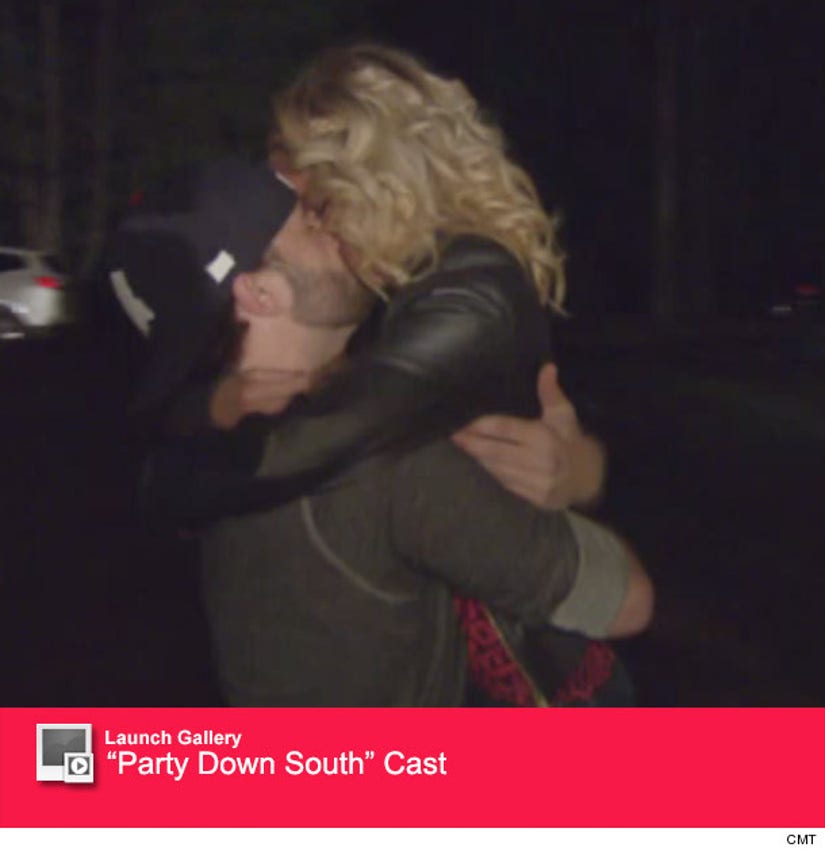 Richards has come under fire this week for his drinking habits, after TMZ posted a video of him funneling an entire bottle of Jagermeister from his famous beer funnel with Mattie Breaux cheering him on.

The CMT reality series returned for its second season last month and has been a ratings smash for the network -- and a possible spin-off could be on the way.

"There are a couple things I like about the ability to develop a franchise like this," CMT executive VP of Development Jayson Dinsmore told The Hollywood Reporter in May. "It becomes a farm system to mature characters for the long run. We could have multiple spinoffs and we could also find ourselves in a scenario where we have enough cast members to do something like a challenge series."

"Party Down South" airs Thursdays at 10/9c on CMT.

Click "Launch Gallery" above to get to know the cast!