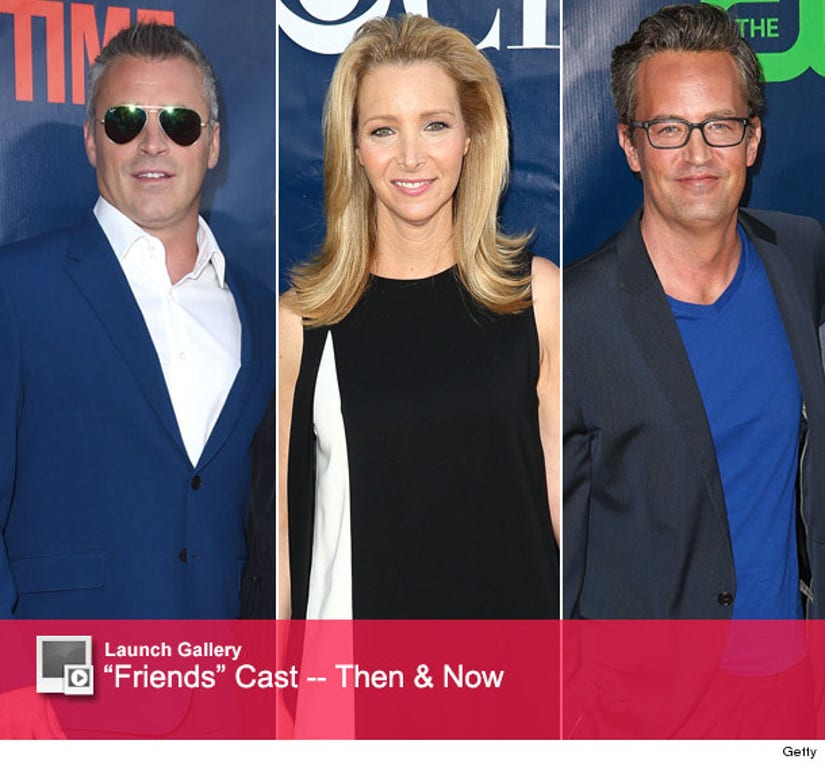 The Central Perk gang is back together!

The 50-year-old actress reunited with her famous costars Matthew Perry and Matt LeBlanc at the star-studded event.

The day before, Kudrow was spotted driving away from Craig's restaurant after grabbing dinner with her other "Friends" Jennifer Aniston and Courteney Cox.

According to TMZ, the actress' driver tried to get past photographers in her new Mercedes-Benz, but he accidentally scraped the passenger side of the car.

Photographs of the incident show that the driver was shining a light at the paparazzi to try and prevent them taking pictures of the "Horrible Bosses" star, who was sitting in the back seat.

That reunion had quite an ending!

Click "Launch Gallery" above to see the rest of the "Friends" cast, then and now.