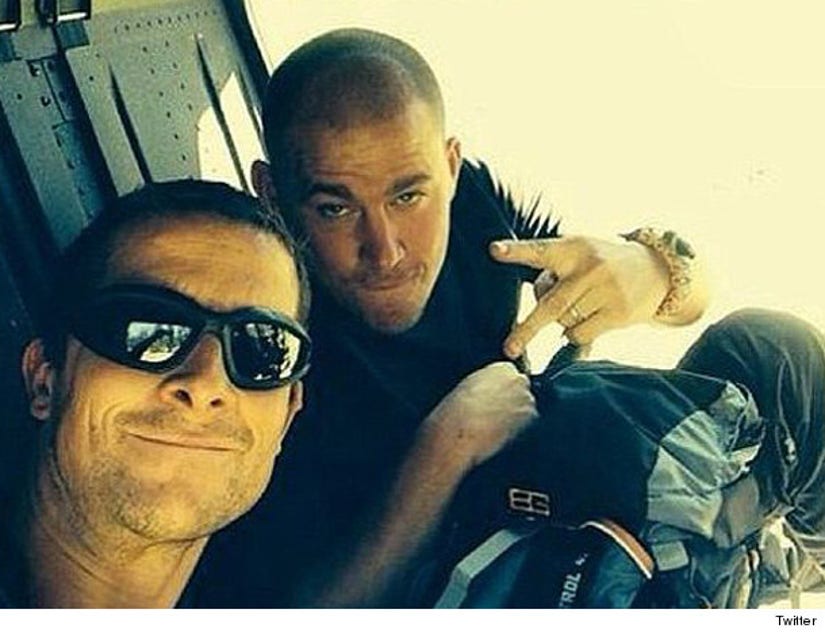 NBC has commissioned a new reality series called "Running Wild with Bear Grylls," that will feature the British survivalist, as he takes celebrities, including Channing Tatum, Zac Efron and Ben Stiller, into the most remote locations for 48-hour adventures.

toofab's Rachel Hoffman caught up with Grylls during a conference call on his press tour, to find out how these stars performed in the wild.

While Bear had the opportunity to skydive, repel down the cliffs of Utah and battle torrential wind and rain in Scotland, he said his most memorable moment with Tatum was off-camera when the pair was cooking dinner.

"One of my favorite moments was with Channing," he revealed. "I said to him, 'You've done all these crazy things -- you've jumped out of helicopters into a lake, you've climbed on rock ledges, chased rattlesnakes -- what was your favorite bit?'"

"My favorite part of the whole thing was when we were sitting on top of the mountain and the camera crew had left," Grylls explained, speaking for the "Magic Mike" star. "It was just you and me cooking rattlesnake over the fire. You had your pants off because you were drying them on the rocks. You bent over the fire, and your bum was right next to me, and one of your testicles drops out of your underpants! That's when I knew the adventure was real.'"

"That was classic Channing! It really made me laugh," he recalled.

The adventure series kicks off with Efron, who scaled down massive terrain in New York's Catskill Mountains and jumped out of a plane with Grylls.

The "Neighbors" star and thrill-seeking host also show off their chiseled abs and toned arms before they take the plunge -- check out the clip above to watch these two in action!

"Running Wild with Bear Grylls" airs Mondays (8 p.m. ET) on NBC. Will you be watching?