Kate Hudson was overcome with giggles as she tried to beat Jimmy Fallon in a hilarious game of "Box of Lies" on "The Tonight Show" Monday.

The rules were simple: each competitor would select a box from the shelf and describe its contents to the other person. The actress and the late night host then had to decide whether they were being told the truth or fed a lie in order to win the round.

The "Wish I Was Here" star was the first to select a box. "I'm so excited because I'm very competitive," she said.

Kate managed to fool Fallon with her acting skills, although the 35-year-old beauty didn't actually ever end up lying about the contents of her boxes!

Check out the videos to see who took home the "Box of Lies" title.

During her interview, Hudson dished on her famous family. "Mom and dad are great. We just were on a vacation together. We went wine tasting. We were drunk for four days," she said. "They are fun parents. We're really close. We all live about five minutes from each other." 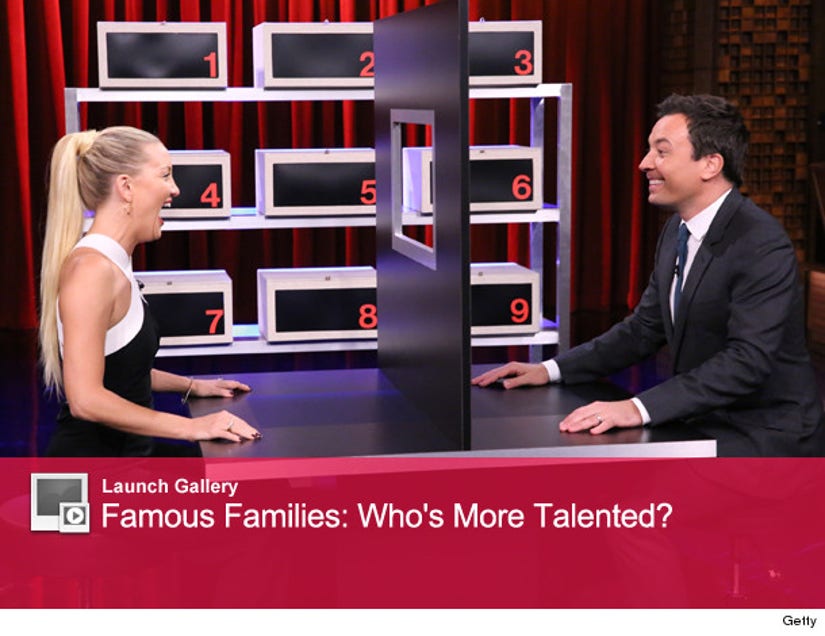 She also talked about her sons Ryder, 10, and Bing, 3. "He's a little man and he's really funny. He's super funny and he's really patient," she said of her older son. "Bing just terrorizes him. Bing is like a force of nature. He elbows Ryder in the eye."