The actress was spotted arriving at LAX on Thursday, sporting a giant ring on her left ring finger.

While it doesn't look like a typical engagement ring, her new bauble immediately sparked a fresh round of speculation that Penn had popped the question.

The "A Million Ways to Die in the West" star's new bling is an 18-karat yellow gold Anita Ko Leaf Ring, which retails for $4,900, according to E!

Reps for the actors have not responded to requests for comment.

The pair was first spotted together during a Hawaiian vacation in January. They made their red carpet debut as a couple at the Met Gala in NYC in May. 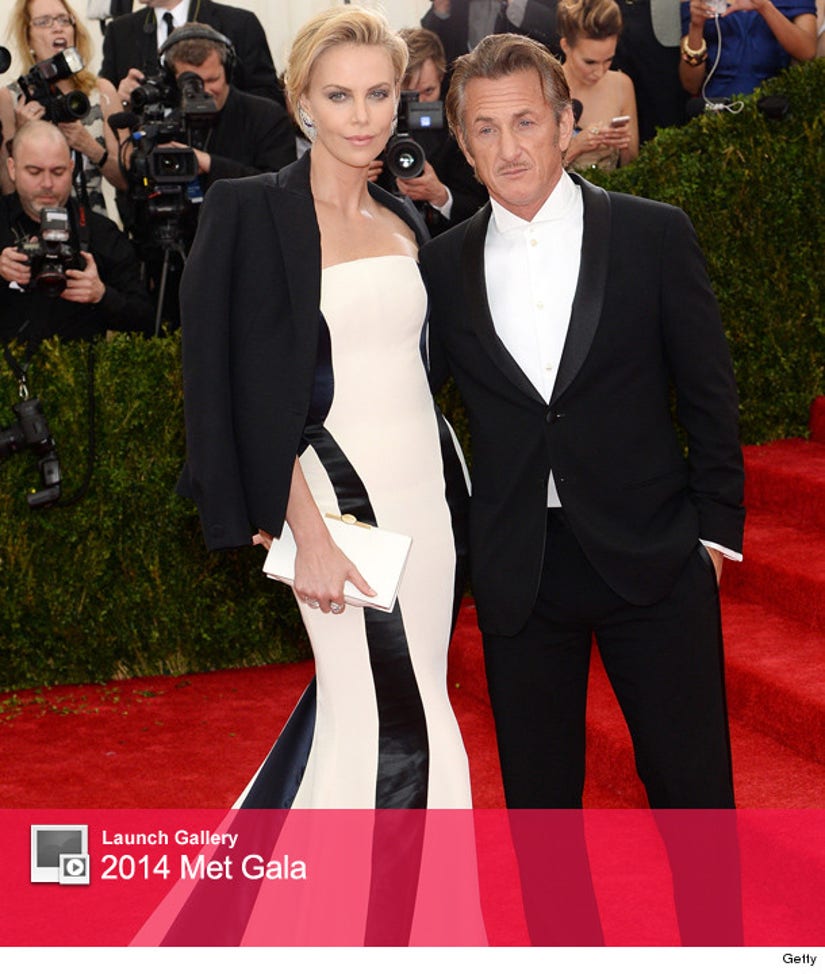 "Sean and I have known each other for 18 years," Theron told Vogue for its May issue. "We were just really good friends and it's been slow going because you are aware that you could screw that up and lose it. We had to think about it. But at the end of the day, it was somewhat effortless."

Theron has never been married. Penn was married to Madonna for four years back in the 1980s and then divorced Robin Wright in 2010 after 14 years of marriage.

Do you think these two are ready to tie the knot? Tell toofab in the comment section below, and click "Launch Gallery" above to see more celebrity wedding and engagement bling.