The blonde beauty took to Instagram to share a cute video of little Luca dancing to her new single, "Chasing the Sun."

In the clip, you can hear his proud mama yelling "Get it!" from behind the camera. Can you believe how big he is!?

Beachgoers might have seen a special note in the sky from the former Disney darling on Saturday. She promoted her new track with an airplane message, which read, "Hilary Duff - Chasing the Sun - July 29th." 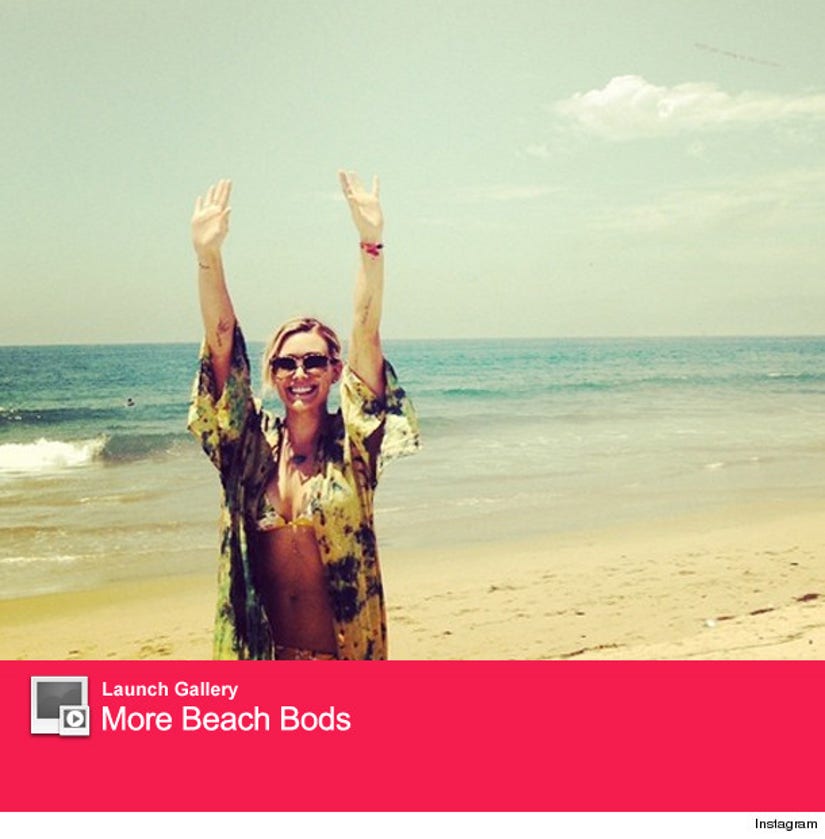 She also shared a sexy snapshot of herself at the beach, rocking a bikini and a flowing cover-up. "I swear the #chasingthesun plane is in the sky lol squint and look really hard," she wrote.

The pop star announced her musical comeback last week after signing a contract with RCA Records.

"I love my team there and feel so lucky to be in the company of their talented artists," she told E! News. "I came to them with my vision for the album and it has been a real labor of love, but something I am so proud of."

"'Chasing the Sun' is just a peek into my new album," she added. "I've worked very hard and the album is a great representation of the experiences I've had in my life and where I want to go from here!"

"Chasing the Sun" debuts on Tuesday – the single is available for pre-order on iTunes.