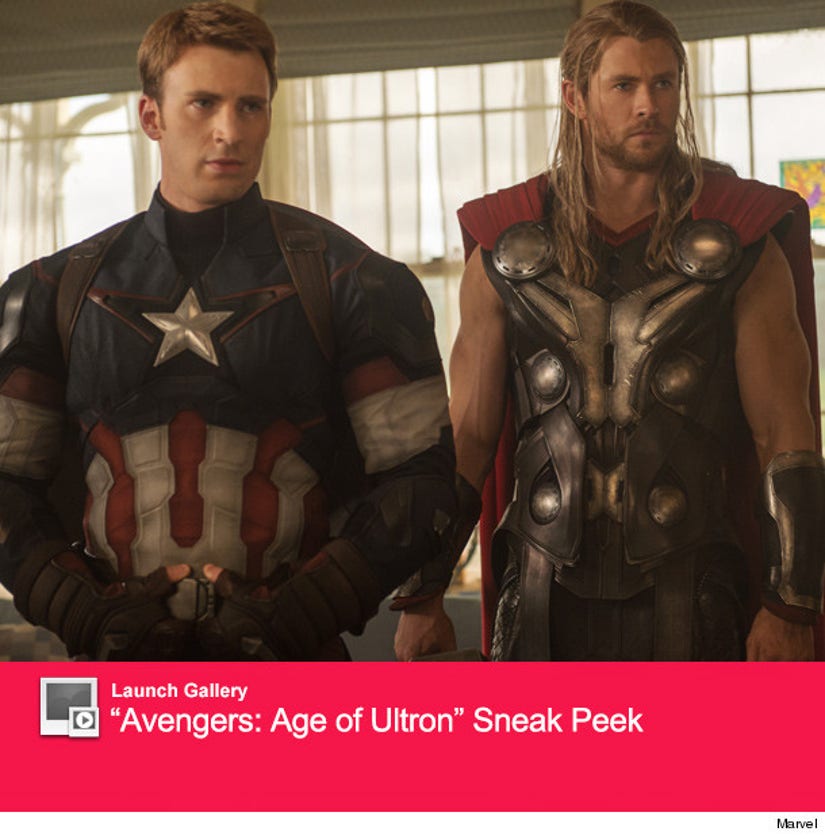 They may be some of the biggest celebs in the world thanks to the success of the Marvel films, but they're also some of the most tight-lipped!

toofab's Brian Particelli attended Comic-Con this year in San Diego, where he scored some face time with the stars of "Avengers: Age of Ultron," "Ant-Man" and the man behind it all, Marvel president Kevin Feige.

In a universe where even a little tidbit can be a big deal, here are the most important things we learned from our Comic-Con convos!

Warning: Some spoilers from "Captain America: The Winter Soldier" and previous Marvel films below!

After dismantling S.H.I.E.L.D. in the second Captain America film, is it time for Nick Fury to retire?

While we're pretty sure he'll be back in action by the time "Age of Ultron" hits theaters next summer, Samuel L. Jackson had a backup job in mind.

Check out the video above to see what he thinks Fury is doing these days.

2.) What Happened to that Doctor Strange Announcement?

Many wrongfully assumed that Marvel would announce who's playing Doctor Strange in the upcoming film adaptation during the studio's Hall H panel ... but alas, it wasn't meant to be.

"We announce things when we're ready to announce them," Kevin Feige told press. "'Guardians 2,' we were ready. There are a lot of plans and you can't reveal all of them at the same time."

toofab asked if we can expect to see other characters from the Marvel cinematic universe alongside Star-Lord, Groot, Rocked, Drax and Gamora when the "Guardians of the Galaxy" sequel hits theaters in 2017.

"Who shows up? The fun of having a shared cinematic universe is that you never know who shows up where. Cross-pollinating is what they've done in the comics for decades and decades and finally we're at a point, 10 movies in, where we can start to do it in fun and unexpected ways."

4.) Will Curiosity Kill the Stark?

Robert Downey Jr. says that "Tony's kind of O.K." at the start of "Age of Ultron" -- adding that "they're wrapping up some old business and it kind of seems like everything's fine."

Unfortunately, it doesn't stay that way. "The problem is, there's always that thing, Tony's like 'I have a really good idea ....'"

It sounds like Tony's idea leads to the creation of Ultron, an evil robot determined to wipe out all the superheroes.

When asked if he's been getting a lot of height jokes since getting the role of a thief who can shrink to the size of an ant, Paul Rudd explained that wasn't the case.

But he is getting knocked for a certain part of his anatomy ... watch above.

As of right now, "Captain America 3" is scheduled to open the exact same weekend as "Batman v. Superman: Dawn of Justice" -- so is Chris Evans worried?

Who do you think will win the battle of the box office heroes?

After voicing Tony Stark's computer JARVIS for the "Iron Man" films, Paul Bettany actually gets to play a character with a body in the upcoming "Age of Ultron."

He'll play the Vision, a role he's clearly excited about.

Check out the video above to get the scoop on how the character fits into the big picture!

8.) Chris Hemsworth Is In It for the Long Haul!

When asked about his future with the studio, Hemsworth made it sound like he'd play Thor as long as they'd let him.

"I've got a few more left, contractually," he says. "But I love it, as long as they'll have me! Coming to events like this, you come to realize what you're a part of is pretty special and you wouldn't get from any other film."

9.) Chris Will Even Switch Genders to Keep Playing the Character!

Though Thor may be turning into a woman in the comics, don't recast Chris just yet.

"He wants to play a female Thor, he thinks he can win an Oscar," Feige says. "I don't think it'll be the next 'Thor' film, but maybe a few after that."

If Thor were to switch genders on the big screen, who do you think should play her? Sound off below!

And for more Comic-Con coverage -- including our recap of the amazing "Avengers: Age of Ultron" trailer -- click here!