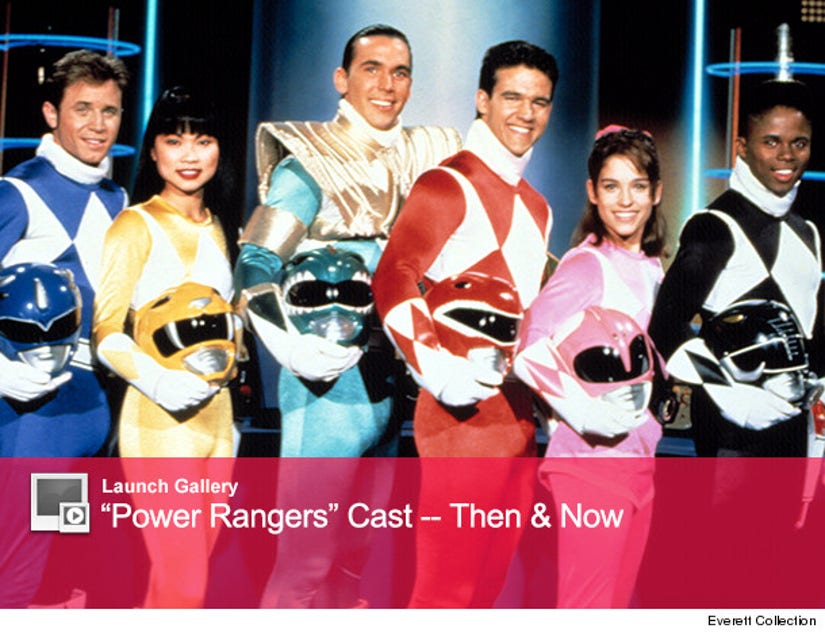 In 1993, Jason David Frank put on a green suit of spandex for the first time ... and now, over 20 years later, he's still proud to call himself one of the original "Mighty Morphin Power Rangers."

But when toofab's Brian Particelli caught up with the Green (and later White) Ranger at Comic-Con in San Diego over the weekend, he made it clear not all of his former costars feel the same way.

"A lot of them now are obviously jumping on board, but I've been in there from the beginning," he says of convention appearances. "You see a lot of them now, a lot of people trying to jump up, it's almost like "Now I'm a Power Ranger,' but where were they like 5-6 years ago? I was doing this for a long time, supporting it and happy and proud of who I was for many years and still am."

With Lionsgate partnering with Saban Brands on a new movie reboot, we had to ask Jason if he has any plans to cameo ... or even star.

"I'm always striving to do what I can for Saban. I love the Green Ranger, I think the Green Ranger can hold his own like Wolverine and the X-Men," he says. "I don't know much about the movie, just what I've read online. I'm hoping. I'm very dedicated to do what the fans want to see. It's never been about money, it's great to see the fans and how excited they are."

When the film was announced, Lionsgate said the new series will "re-envision the Mighty Morphin Power Rangers, a group of high school kids who are infused with unique and cool super powers but must harness and use those powers as a team if they have any hope of saving the world."

Check out the video above to see what else Frank told us about the series' legacy, what he thinks of the new "Megaforce" cast and his new reality program, "My Morphin Life."

And be sure to click through the gallery above to see what happened to the rest of the cast. Unfortunately, it's a mixed bag, with arrests, sexuality struggles and, in Thuy Trang's case, death.