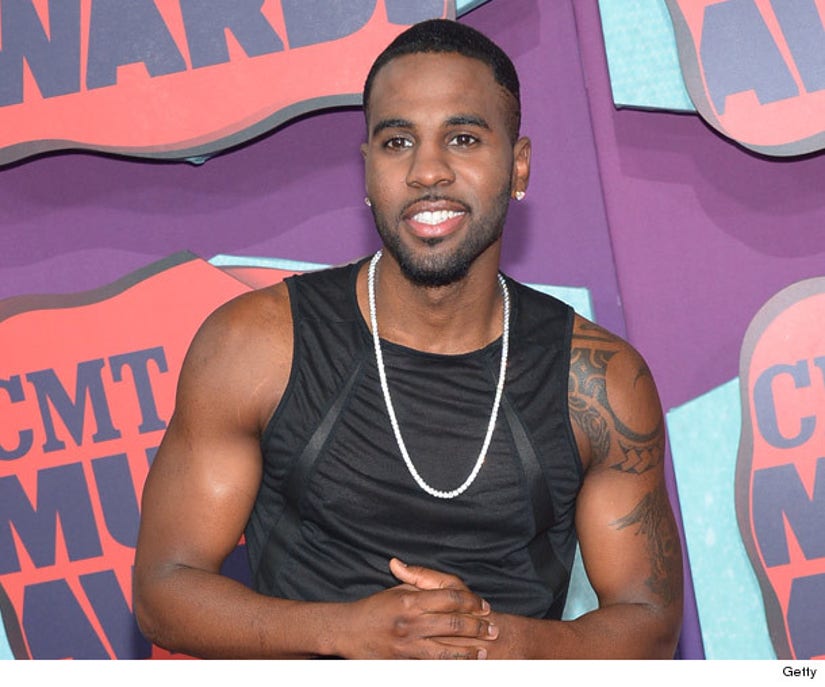 The R&B singer chatted with toofab's Brittany Kyles about his Sweet Summer Showdown with Karmin, his relationship with longtime girlfriend Jordin Sparks and that video of Zac Efron.

And it's clear he's enjoying his summer so far -- Derulo was spotted partying by the pool with a bunch of bikini-clad ladies last weekend in Las Vegas.

"I actually had one [appearance] after the other. It was Vegas, then Ibiza, then Barcelona. I had a beach party in Chicago; it was a lot of parties," he said of his crazy summer schedule.

We had to know if the pop star taught the ladies at the pool parties how to "Wiggle," but Jason said that most of them already knew the dance!

"They already knew! In Chicago I had to kind of teach them a little bit. I told them to put their hands on their knees and wiggle a little," he explained.

While we're sure the ladies loved their dance lessons, Jason's off the market. The "It Girl" singer has been dating Sparks for over two years now -- but does the "American Idol" winner get jealous when she sees pictures of Jason partying with beautiful women?

"I hope not, even though they always make them look kind of weird. There's nothing happening. So I hope not," he confessed. 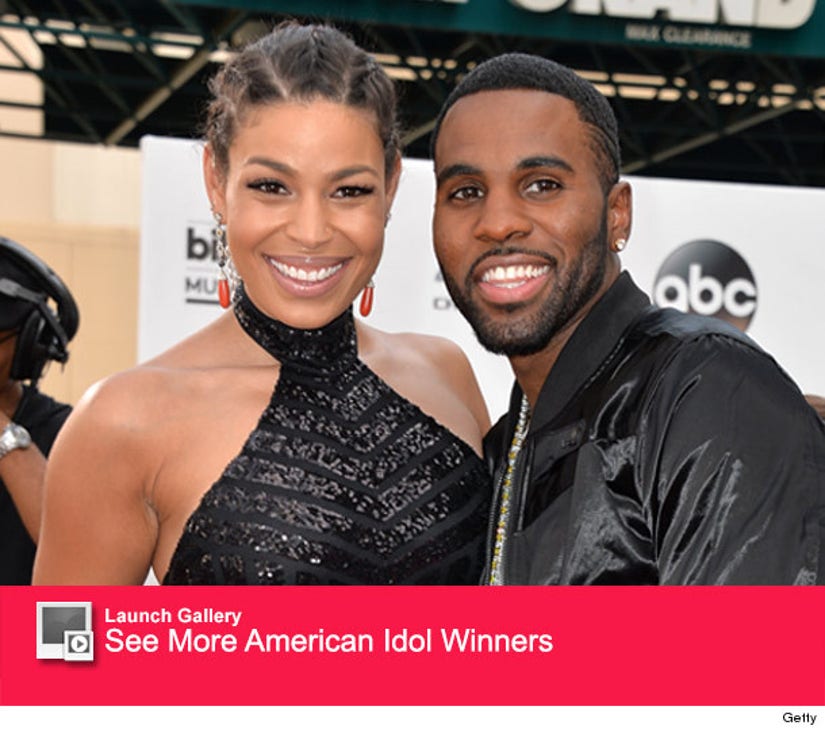 The cute couple has been making headlines ever since Jason released his hit single "Marry Me" -- a track he wrote just for Jordin. While the "Whatcha Say" singer does get tired of answering questions about when the two will make it official, he understands why people are interested.

"I don't know how to deal with it. If you've got any suggestions, help me out," he joked.

"I get it," he added. "But I wrote the song for that reason and it ended up making it worse. The song talks about how when the time is right I am going to make that move and don't worry because we have forever, and then it turned out that everybody only listens to choruses and all they heard was 'Marry Me.'"

Derulo's had a big year, and his hit song "Wiggle" has become one of the biggest anthems of summer. Even Zac Efron showed off his moves in an Instagram video while dancing to Jason's track.

So does the pop star approve?

"I think it was good, it was above average. They had choreography and they were on a table so they got extra points," he told us.

And while the singer's collaborated with some of the best artists in the business already, he would have loved to have had the chance to sing with his idol, Michael Jackson.

"Michael is my biggest inspiration. But I also look to Justin Timberlake, Usher, Beyonce, they were always on my TV screen growing up. When I told Justin that, he was like 'Man you're making me feel old,'" he revealed.

This summer he's battling it out with another pop star, Karmin, to see which of their favorite treats will be named the "Sweetest Candy of Summer." Karmin's representing Twizzlers, while Jason's on team Jolly Ranchers.

So is the "Talk Dirty" crooner worried about his competition?

"I love Karmin and you gotta love Twizzlers, but it's the summer of Jolly Ranchers. Basically, I am taking Karmin down," he told us. "I know that I am going to win. It's unfair because Jolly Rancher is right now."

Fans get to vote for their favorite treat on the site -- and the grand prize includes the chance to win a meet and greet with the singer himself. Good luck!