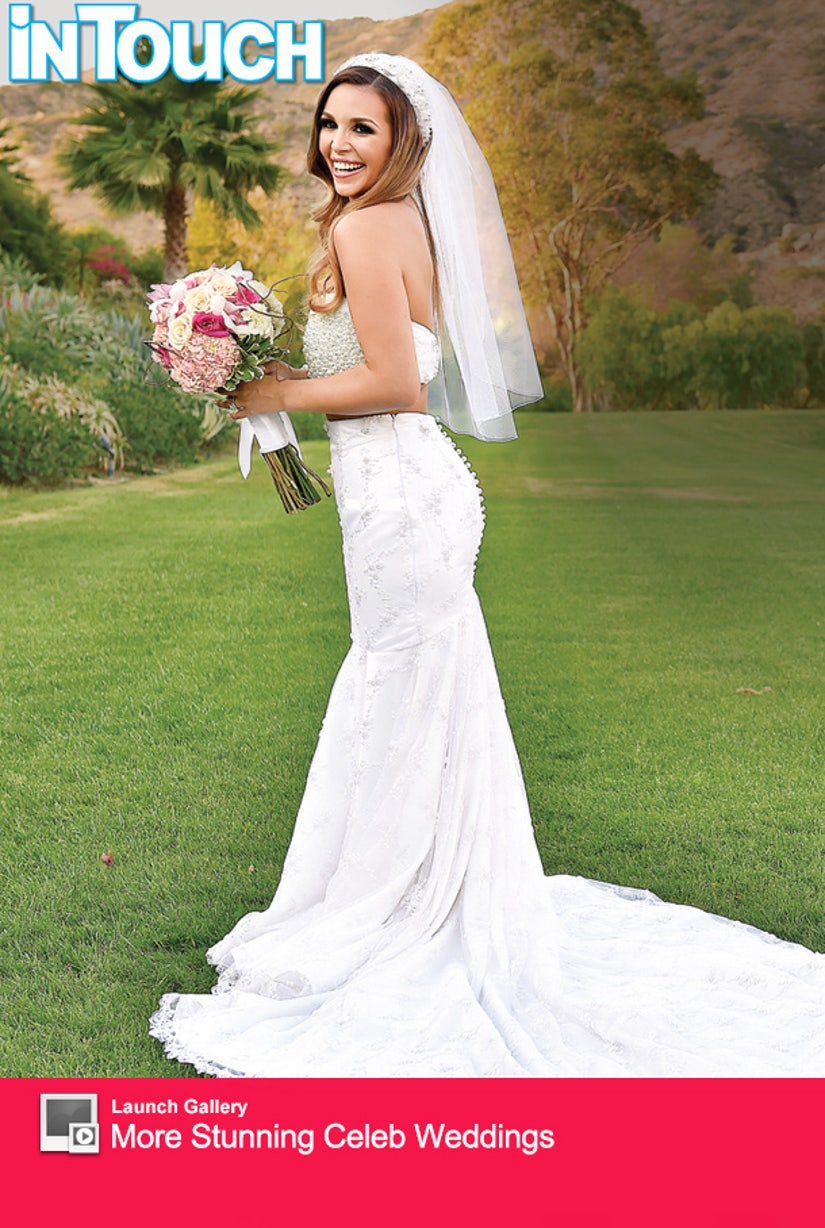 Finally, a party without any drama.

While the stars of "Vanderpump Rules" are known for their bitter battles -- including one bloody brawl at Scheana Marie's engagement party -- the reality star's wedding was a more subdued affair.

In Touch just released the first photos from inside Scheana's July 27 nuptials with Michael Shay, showing the bride in her gorgeous, two-piece dress designed by her own aunt, Dimitrianne Wood.

"Security kept an eye on my castmates in case they got rowdy," Scheana tells the mag. As for Stassi Schroeder's absence, she adds "I don't want someone in my life who treats me the way she does."

The new bride reveals the couple's first dance was to Savage Garden's "I Knew I Loved You," before breaking it down to Drake's "Best I Ever Had."

Before tying the knot with Shay, Scheana famously dated Eddie Cibrian ... while he was still married to Brandi Glanville.