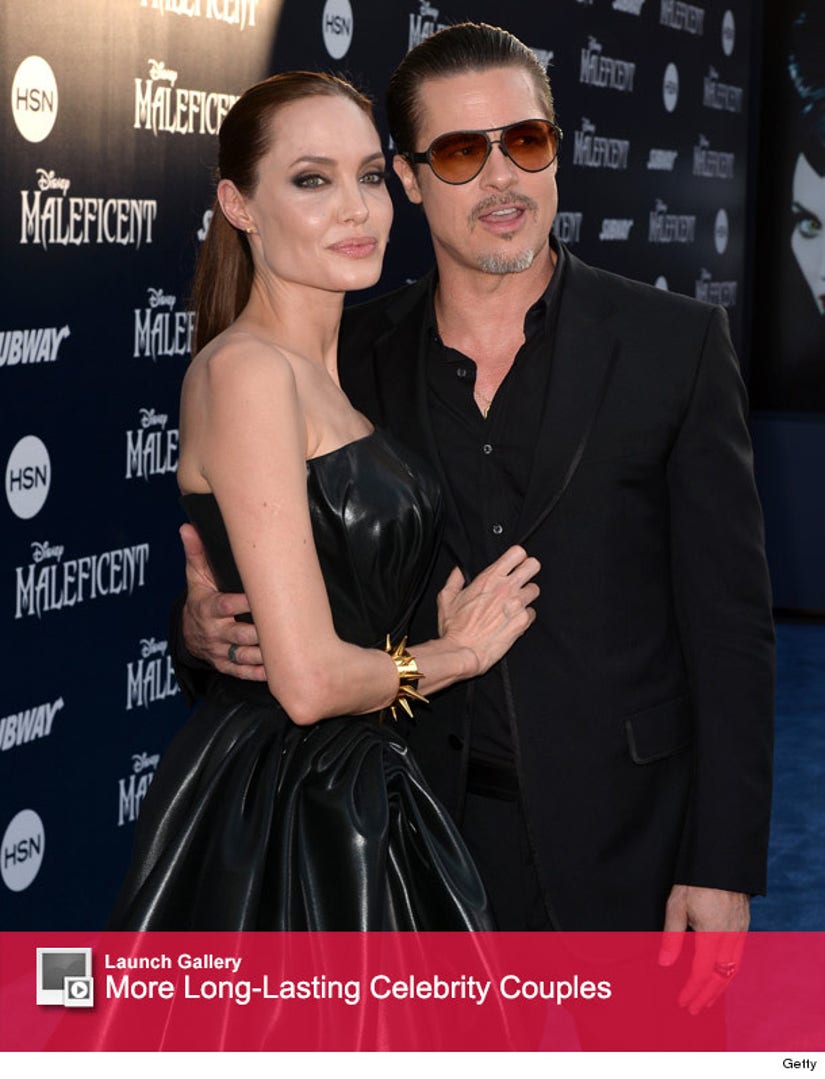 The actress recently revealed to Australia's TV Week magazine that she and the Brad Pitt sent handwritten love letters to one another while they were filming movies in different parts of the world.

Jolie -- who was directing "Unbroken" at the time -- was in Australia, while Brad was in London filming the war flick "Fury."

"He was supportive from a distance, and it was quite romantic in a way," she told the mag.

"We decided to be of that time, when we could imagine he was in the European theater and I was in the Pacific theater, and we wrote handwritten letters to each other that were very connecting for us, thinking of the people that were separated for months, if not years, at a time back then," she added.

Now if that's not one of the most romantic things you've ever heard, we're not sure what is!

The 39-year-old also dished about her latest project, "Unbroken," which follows the life of World War II hero Louis Zamperini, who passed away earlier this month at 97.

Angie was able to show the vet a rough cut of the film before he passed.

"I brought him the film on my laptop in the hospital, and it was amazing seeing someone at the end of their life watching their life unfold again, at the same time their body was shutting down," she explained.

"He wanted me to make the movie to show something hopeful about the strength of the human spirit that can pull us through. He reminded me to have my surgery in the year that I did, and he reminded me to appreciate every day of my life."

We can't wait to see Jolie's work when it hits theaters December 25.

What do you think about Jolie and Pitt's romantic gestures? Sound off below and click "Launch Gallery" above to see even more long lasting couples!