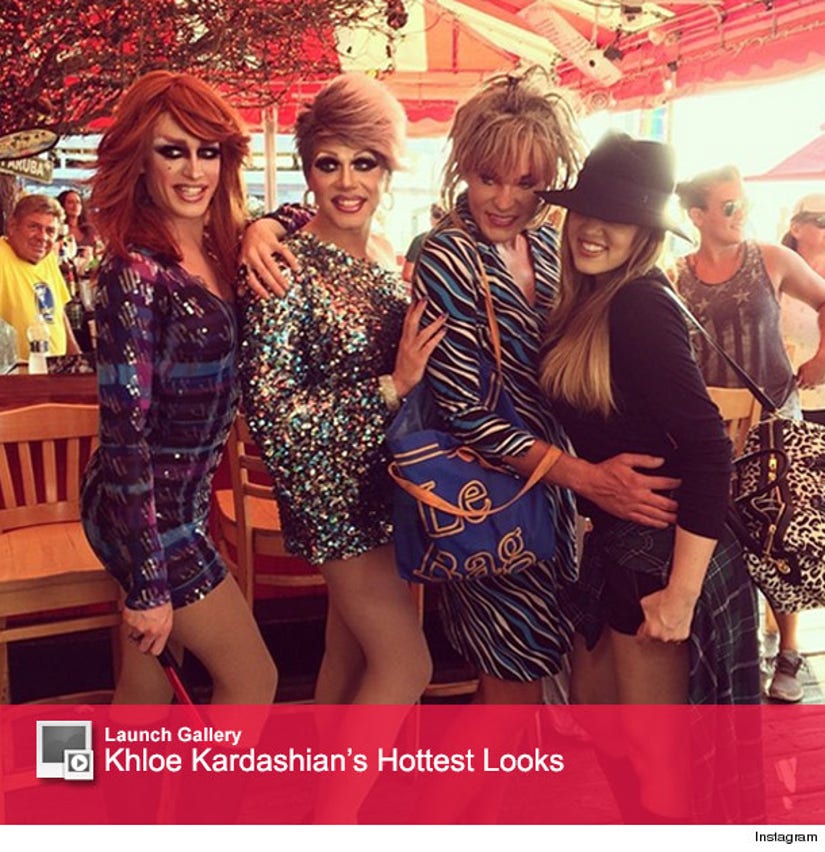 Khloe Kardashian is living it up in New York!

The "Keeping Up With the Kardashians" star took to Instagram to share a series of photos and videos from a hilarious drag show in Fire Island.

"My version of Disneyland!!! Cherry's Drag Show!!! #FireIsland can you guess which doll is NOT tucking?," she captioned a pic with three new friends.

In the clip below, one drag queen serenades Khloe, who is taking in the show with Kourtney Kardashian, Scott Disick and her BFF Malika Haqq.

The foursome seems to be judging the contest, as they are sitting at a separate table in the middle of the action.

This isn't the first time that Khloe has picked a winner at a drag show!

The 30-year-old beauty nabbed a guest judge spot on the sixth season of "RuPaul's Drag Race."

"It really was a dream come true to be a guest judge this season," she told Us Weekly ﻿after her gig. "My favorite part was working with RuPaul who is a legend and getting to know the contestants – they are all so talented. I am cheering for them all!"

Click "Launch Gallery" above to see her hottest looks.