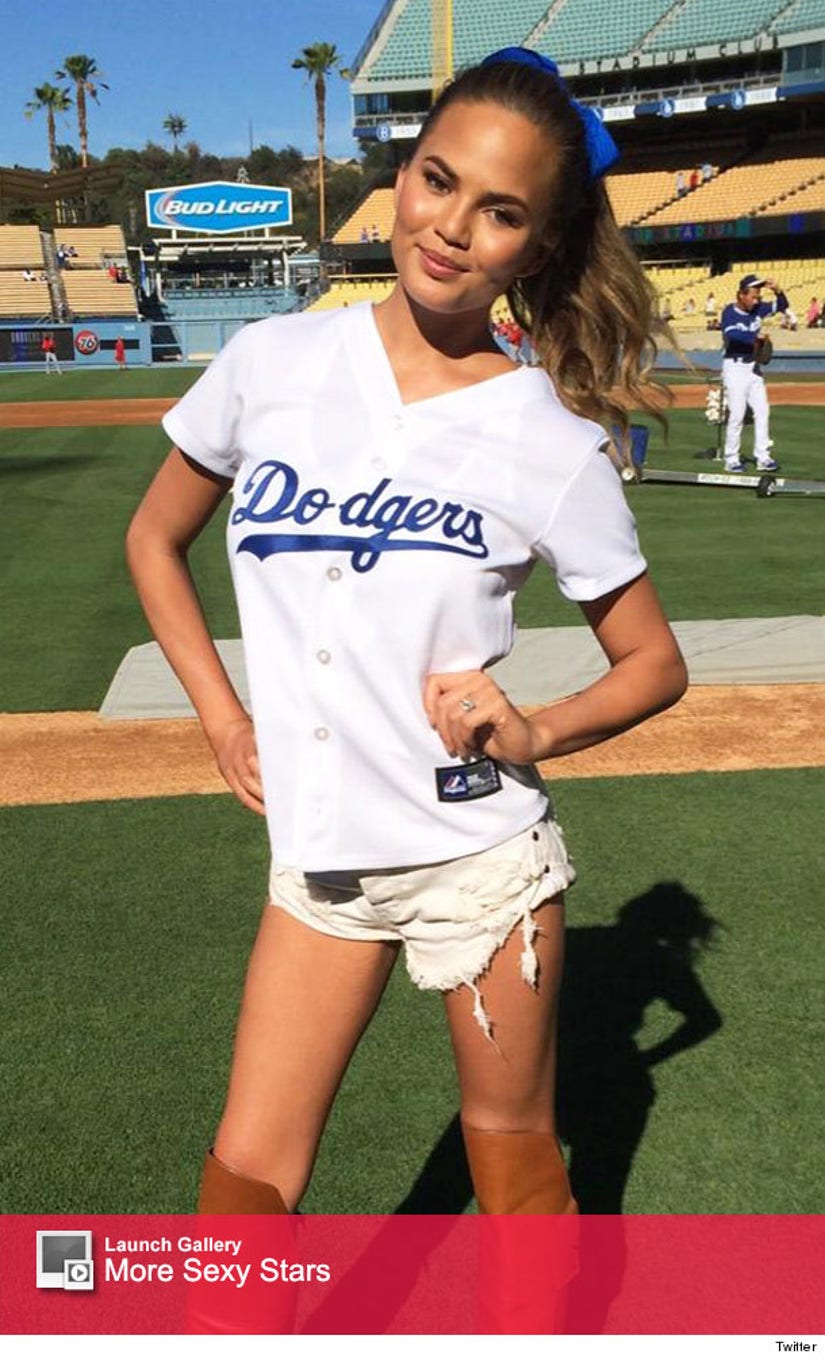 Chrissy Teigen is a woman with many talents!

The sexy supermodel threw the first pitch at Tuesday's Dodger game in Los Angeles, where the boys in blue played the Anaheim Angels.

The brunette beauty had been practicing with hubby John Legend up until her big night at Dodger stadium.

"Throwing out the first pitch at the @dodgers game August 5th. Making john practice with me now. I have such a false confidence after 50cent," she tweeted last Thursday.

But if definitely looks like her hard work paid off -- and she did a much better job than 50 Cent, when he opened up a New York Mets game earlier this year.

Check out Chrissy's pitch above!

The 28-year-old did have some liquor courage, though. The Sports Illustrated star also tweeted that her dad was making some margaritas just a few hours before her appearance.

"Dad making birthday margaritas like only dad can!! I love you dad, happy birthday!!!!," she posted. Adding, "Crap I'm pretty drunk" and "My mom is bombed."

Well, she definitely managed to pull it together before the game! How do you think Chrissy did? Tell toofab in the comment section below and click "Launch Gallery" above to see even more sexy stars!