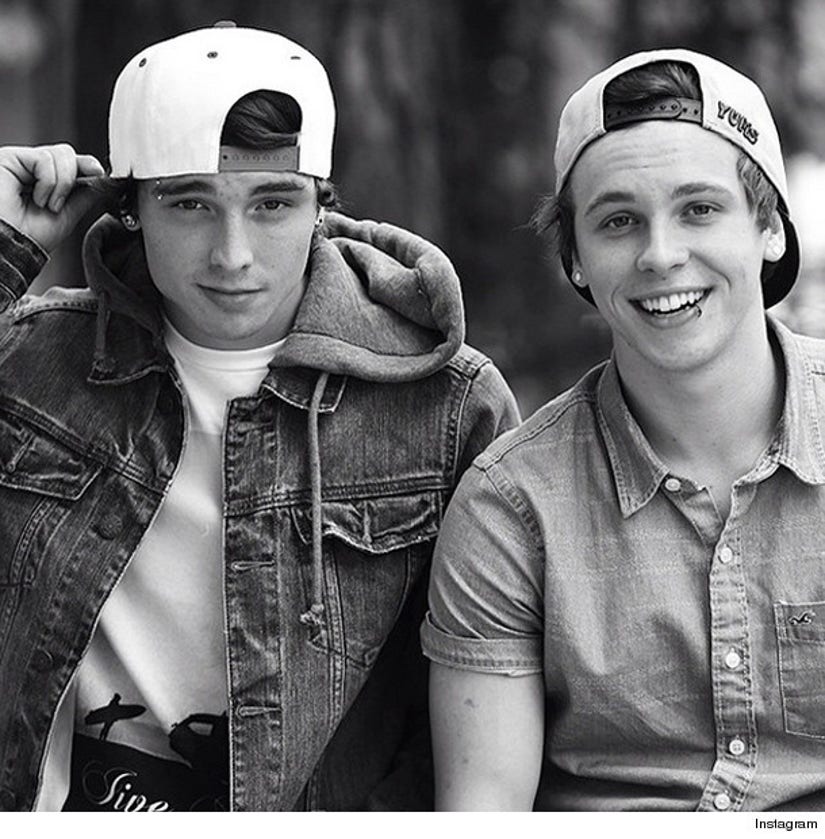 Emblem3 is still going strong after Drew Chadwick left the band to pursue a solo career.

toofab's Rachel Hoffman caught up with Wesley and Keaton Stromberg -- who are getting ready for the Pop Tarts Crazy Good Summer concert﻿ in Chicago -- to get details on the new dynamic of the group and how their fans have reacted to the big change.

"We're the dynamic duo now, and it's actually been amazing," Wesley said. "We're on the Fireside Story Sessions tour right now, and it's been the best tour yet."

Now that the trio has dropped to two, 20-year-old Wes has taken over rapping, which used to be Drew's area of expertise.

"I've always rapped and tossed it back and forth with Drew," he explained. "He always rapped on our records because that was his role, while I was singing a lot. But now that he's gone, I've taken it over. It's been really fun and exciting. It's opened up a whole new door for me as an artist and musician."

While some may expect there to be bad blood between the brothers and Drew, the Stombergs insist that they will always support their former bandmate.

"We've always supported Drew's solo career," Wes admitted. "We know Drew felt like the odd man out and wanted a solo career. From the start, he's always wanted to do his own thing. We're fully supportive of that."

The "X Factor" alums have a huge fan base too -- and they're totally supportive with the changes.

"The fans have been awesome -- they're so understanding and loving," the boys said. "We have the coolest fan base ever. They are so supportive, they're going to be there no matter what."

Now that the Stombergs are a "dynamic duo," we wondered if the boys are planning to change their name.

"We contemplated it, but we already built up Emblem3. We already have so many fans – E3's and Emblems – so we don't want to take away from that. We want to continue building that," Keaton, 18, said.

"We thought about dropping the 3 and we were willing to make it 'Emblem,' but there was a copyright issue with another music publishing group," Wes added.

Emblem3 is here to stay!

We had to ask one final question for the female fans -- are they single?

"Keaton talks to Lauren from Fifth Harmony all the time," Wes revealed. "We're just friends," Keaton piped in. "She has a boyfriend. Yes, we are single … unfortunately. We need all the single ladies!"