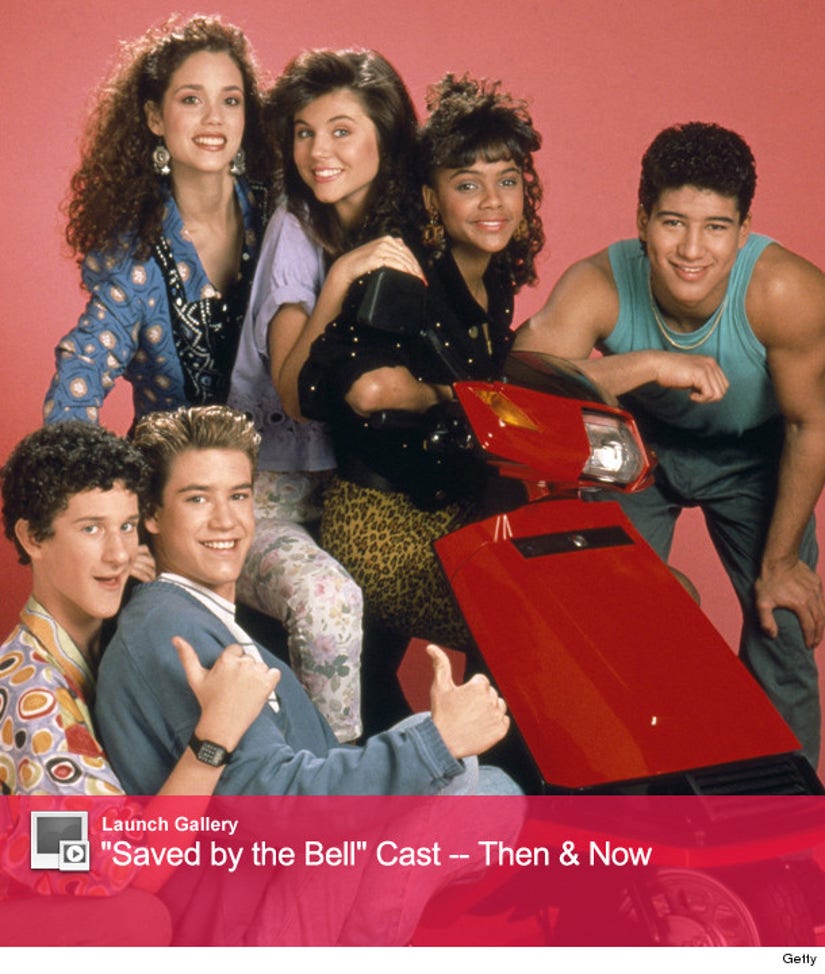 Dustin Diamond is too "negative" for Mark-Paul Gosselaar and Breckin Meyer!

The "Franklin & Bash" costars stopped by HuffPost Live on Wednesday to promote their show, but the conversation quickly turned to Diamond.

"This guy's such a d**k," Meyer said. "I don't know Dustin at all, but like, everything I read… [Gosselaar] and I have talked endlessly about Saved by the Bell. I grew up at the same time, I was acting -- I used their sets one time when I did a pilot… the Dustin Diamond thing is just so silly. It's just so negative and it always bums me out."

"It is negative," Gosselaar added. "That I must say. Everything I've heard about his book is it is negative. I don't remember those things. My experience on the show was very positive."

"That's why when people say, 'Oh, you don't like talking about it,' I don't mind talking about it, I just don't really remember that time," the "Saved by the Bell" alum continued. "But also, everything I do remember was extremely positive."

"I think a bunch of it is bulls**t," Meyer continued of Diamond's book "Behind the Bell." "I think he's so full of s**t, like his sex tape… you saw it! That's not him! Screech is not packing that. Get the hell out of here. He doesn't have six Beldings beneath him. There's no f**king way. You're full of s**t, Dustin."

Gosselaar wasn't quite as harsh as the "Clueless" alum, adding, "It's his perspective."

Check out the video above to see what else the pair said!

What do you think about their comments? Tell toofab in the comment section below, and click "Launch Gallery" above to see the rest of the "Saved By the Bell" cast, then and now.