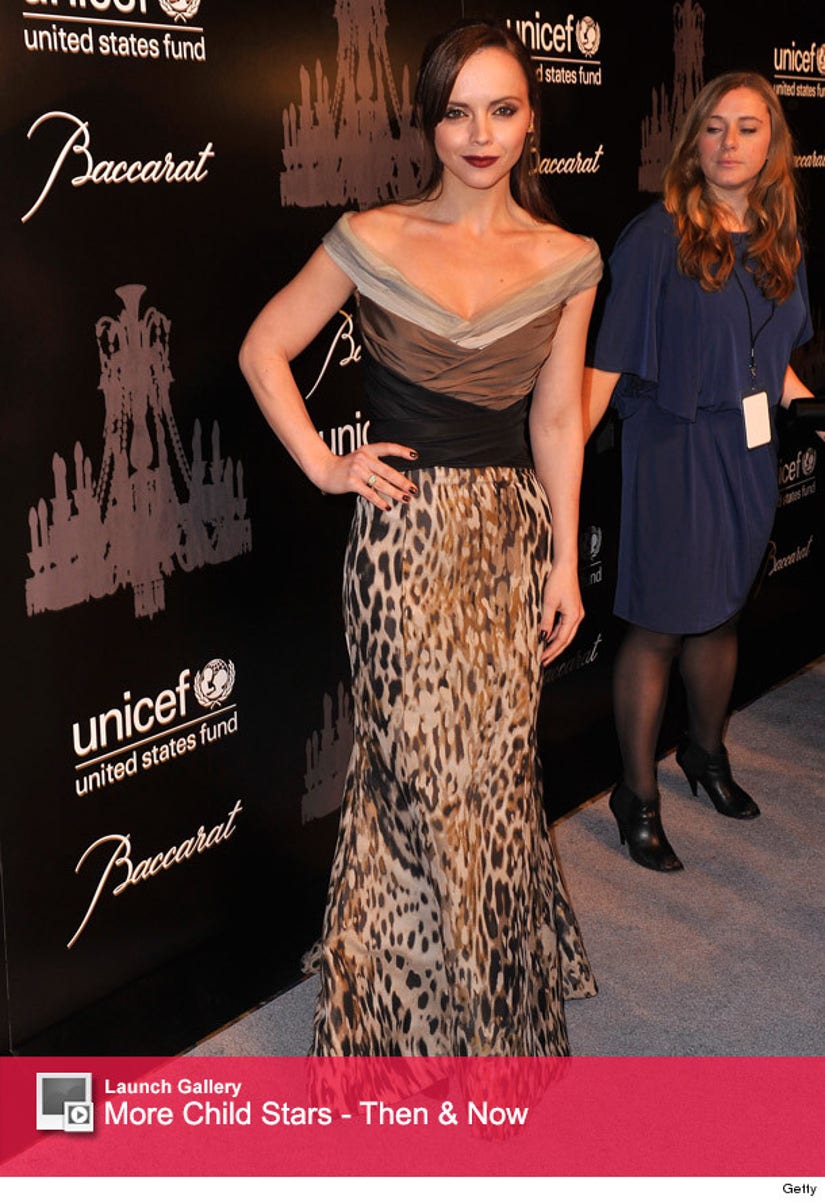 Wednesday Addams is officially a mom!

The "Addams Family" actress and her "Pan Am" costar confirmed they were expecting their first child together in May, after photos surfaced of the former child star sporting one big baby bump.

The 34-year-old tied the knot last summer with James in New York City on the Upper East Side. The cute couple said "I do" in front of their closest friends and family members at the Harold Pratt House & Peterson Hall.

Ricci and Heerdegen first met back in 2011, while working on the ABC drama.

Kids have definitely been on the cute couple's brain for quite some time. In 2013, Ricci gushed about her handsome beau to the Us and revealed that she was ready to start a family. "I can't wait to have our own little world replete with small beings," she said at the time.

We can't wait to see photos of Ricci and Heerdegen's baby boy! Click "Launch Gallery" above to see even more child stars then and now!