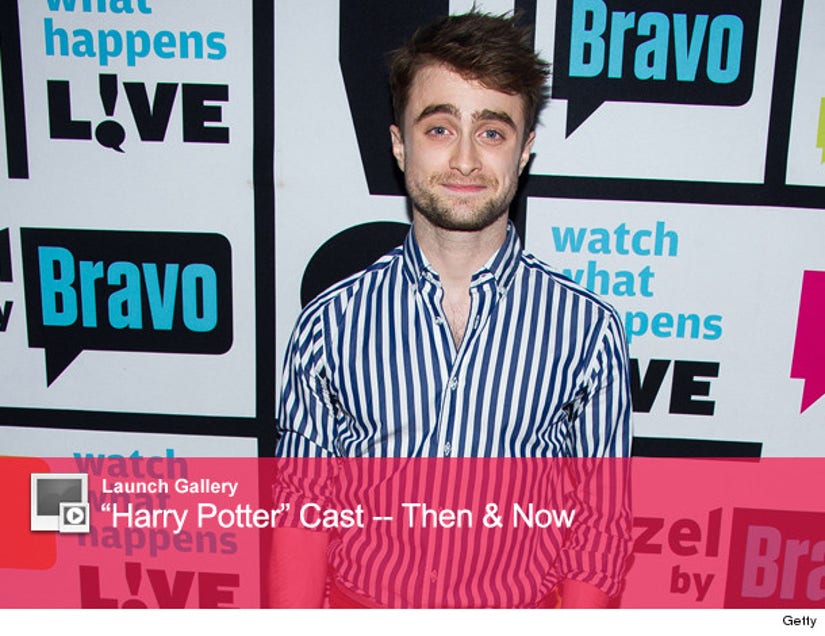 From "Harry Potter" to "Sharknado!?"

Daniel Radcliffe may have starred in one of the most popular movie franchises in history, but he's a huge fan of the SyFy cult classic and really wants to land a job in the next "Sharknado" movie.

The one catch: The actor only wants to take the role if his character meets an interesting death.

The 5 Most Ridiculous Moments from "Sharknado 2: The Second One"

"I've been going through scenarios, like you, me could be doing an interview and then, in like a hotel or in London, and then you say like, 'Would you ever consider doing another franchise,' and I'll be like, 'No, I'd never be seen dead in one' — shark," he said during an interview with Ryan Seacrest. "So, um, I have ideas."

And just when you thought this interview couldn't get any better, Tara Reid showed up for a surprise appearance!

Tara Reid: Don't Count Me Out of "Sharknado" Sequel

"I'm a fan of your movie, Sharknado 1 and 2," the actor told Reid. "Now that Harry Potter is gone, there is a void for the next big franchise, so I think you should do at least eight of them," the actress replied.

We would love to see Daniel in the next "Sharknado" flick -- wouldn't you!? Check out the video above to see him totally geek out about the SyFy film.

Click "Launch Gallery" above to see all of your favorite "Harry Potter" stars, then and now.