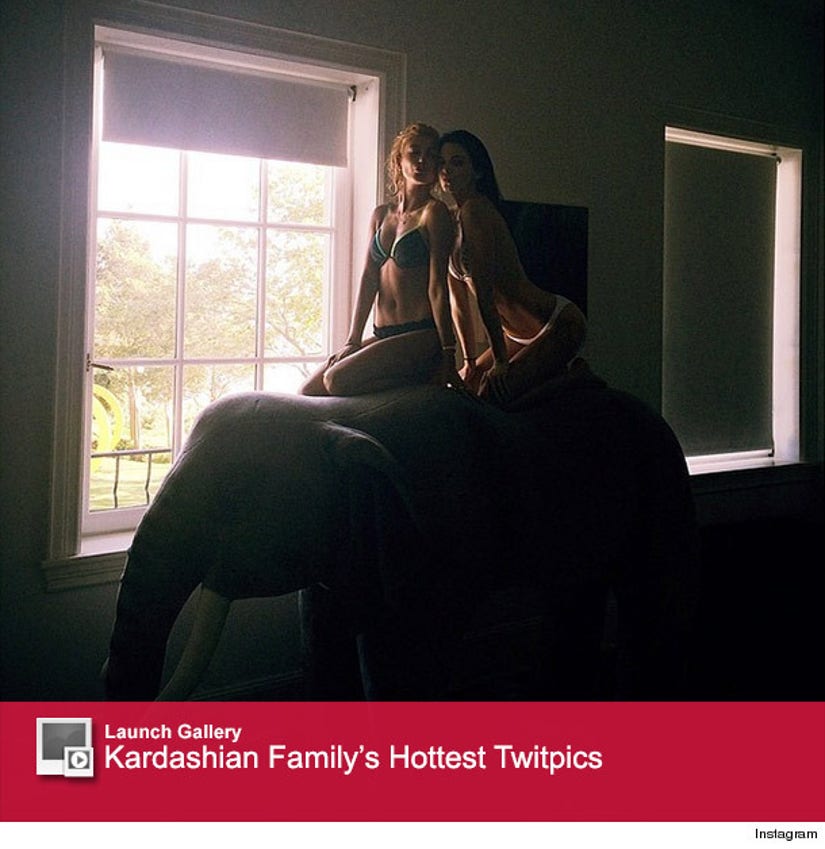 Kendall Jenner is showing off her beach bod!

The "Keeping Up With the Kardashians" star took to Instagram to share a sexy snapshot of herself with her pal Hailey Baldwin, posing in a bikini on top of a stuffed elephant.

"This is our elephant friend, Billard," she wrote with the cute candid.

Meanwhile, Hailey shared a cute video of herself, Kendall, Willow and Jaden Smith all dancing around in the swimwear in the backyard of a house.

The reality starlet seems to be enjoying some down time between modeling gigs.

The 18-year-old beauty is gracing two versions of the cover of the September issue of Teen Vogue magazine.

One cover pic shows Kendall in a blazer and oversized Pharrell-esque hat. The other cover features the reality starlet looking sweet and sophisticated in a silver embellished dress, holding a daisy over her shoulder.

In the accompanying interview, Jenner opens up about how fame has affected her modeling career.

"People didn't want to take a chance on me, I think because I was sort of known," she reveals. "They were a little bit on the fence about it. Some people might think that what I've done before made it easier for me to get jobs, but it was actually a disadvantage. I had to work even harder."

What do you think of her candid comments about fame? Sound off! 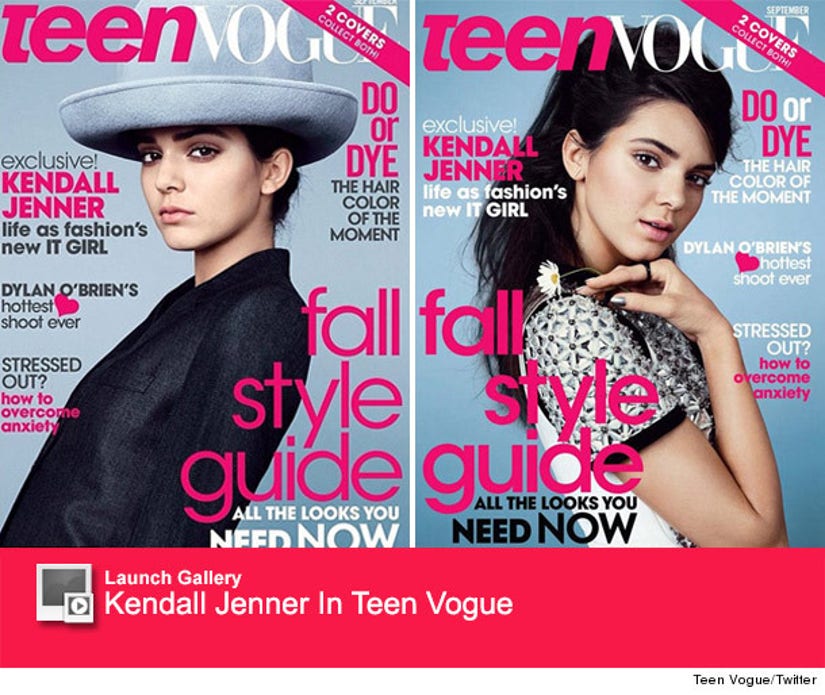