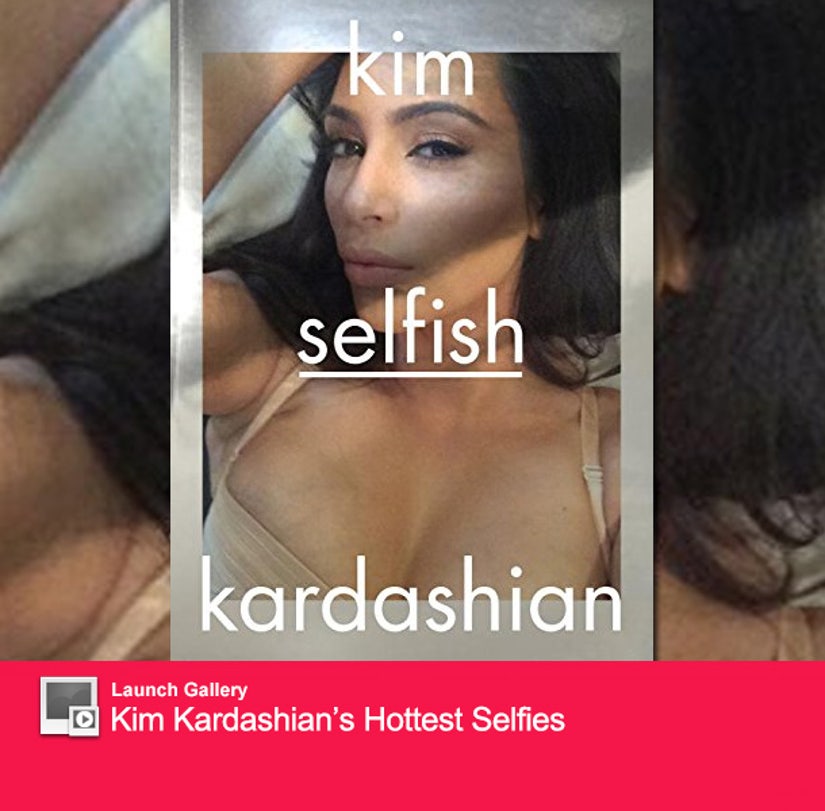 At least according to the title of her upcoming selfie book, a 352-page hardcover due out in April 2015.

Universe, the Rizzoli New York publisher releasing the Kim K. bible, unveiled the cover earlier today -- showing Kim looking seductively into the camera while wearing what looks like a bra or skin-tight dress.

From the looks of it, we can expect A LOT of cleavage in this one!

Fans of "Keeping Up with the Kardashian" have witnessed Kim making a similar tome for hubby Kanye West on the E! series. One of Kim's photo shoots for the gift took an awkward turn when Brody Jenner walked in on her in a totally see-through outfit ... watch it go down below:

Kim Kardashian: My Hips and Butt Are HUGE Now

And get a sneak peek of all the bikini, booty and other half-naked photos we can expect to see in the book in the gallery above!