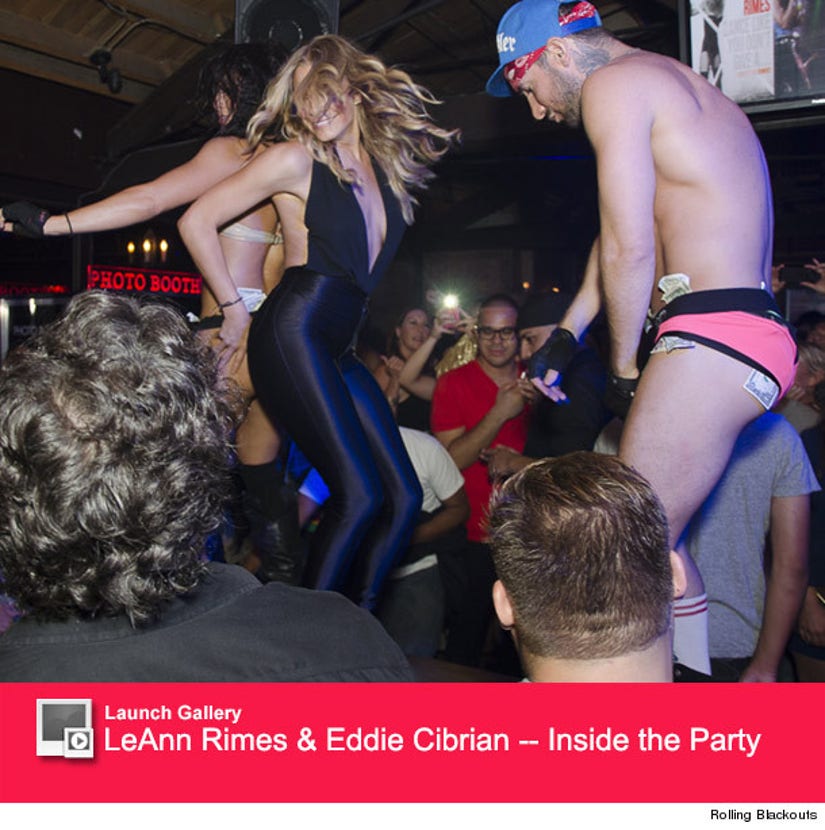 LeAnn Rimes pulled a "Coyote Ugly" last night -- by dancing on a bar with some half-naked hotties!

The singer and husband Eddie Cibrian hit up The Abbey in West Hollywood on Thursday night for her "Dance Like You Don't Give A ...." album release party.

According to sources inside the bash, Eddie and her crew showed up around 10:30PM, with LeAnn arriving in a sexy, low-cut black top and skin-tight pants. After setting up shop by the DJ booth, Rimes took the mic and riled up the crowd with the help of the bar's "resident Queen" Rhea Litre. 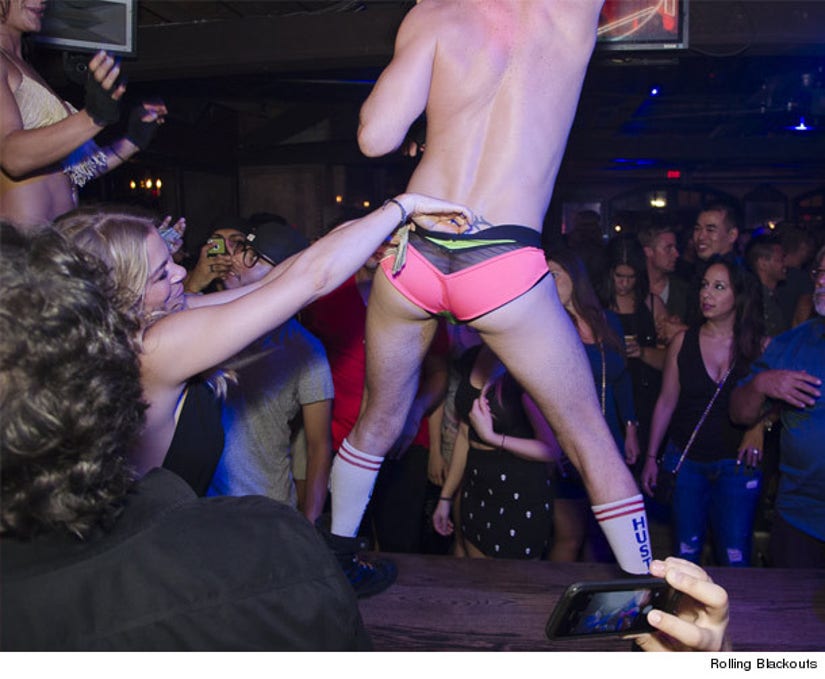 As some of Rimes' remixes played for the dance floor, LeAnn let loose with the go-go dancers -- and proceeded to whip out some $1 bills to slip into one hottie's underwear.

Unfortunately, her own ripped hubby didn't join in -- we would have gladly paid him a buck or two for a little strip show! 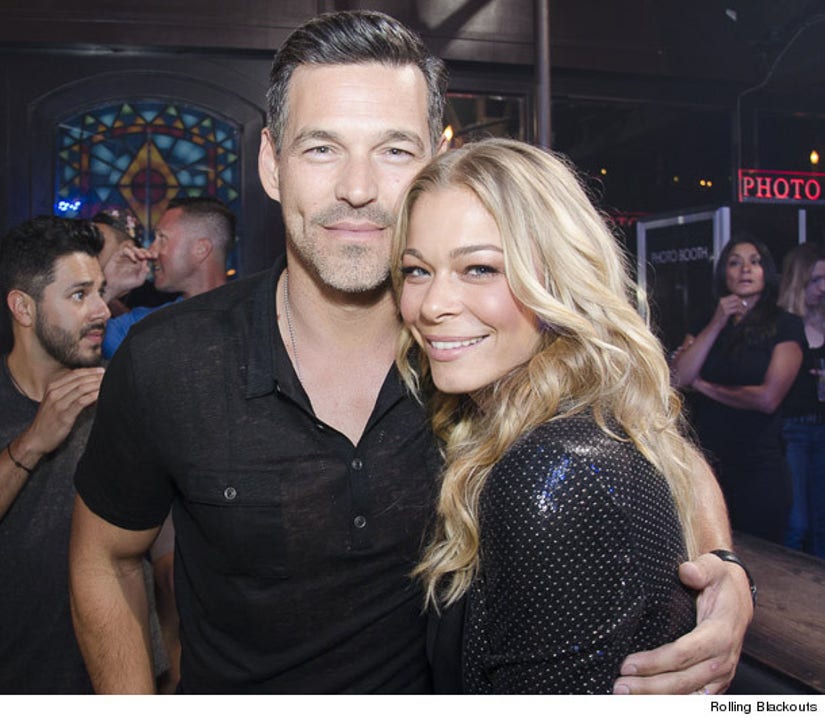 Check out more party pics in the gallery above. It definitely looks like they had one crazy night!