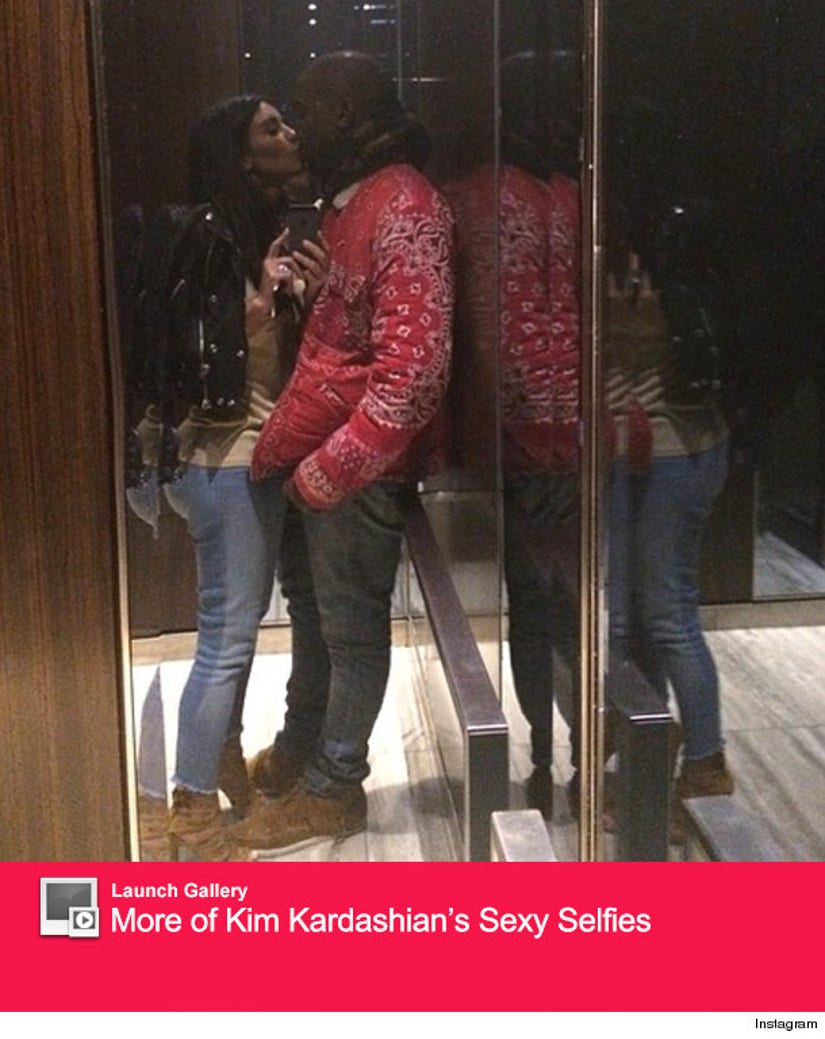 In Kim Kardashian's world, it didn't happen if it's not on Instagram.

The reality star continued her selfie obsession on Monday -- and this time, she got Kanye West in on the fun.

The 33-year-old posted a pic showing her and her hubby kissing in a mirror-lined elevator, the two both sporting blue jeans and tan suede shoes."#ElevatorKiss" she captioned the pic.

The new photo comes after news broke last week that Kim is releasing a 352-page hardcover book full of selfies. The tome, titled "Selfish," is due out in April 2015.

Fans of "Keeping Up with the Kardashian" have witnessed Kim making a similar book for Kanye the E! series. One of Kim's photo shoots for the gift took an awkward turn when Brody Jenner walked in on her in a totally see-through outfit ... watch it go down below:

Later on Monday, Kim stepped out wearing another attention-grabbing ensemble -- one that looked so hot that even New York's finest couldn't help but sneak a peek at her famous derriere. 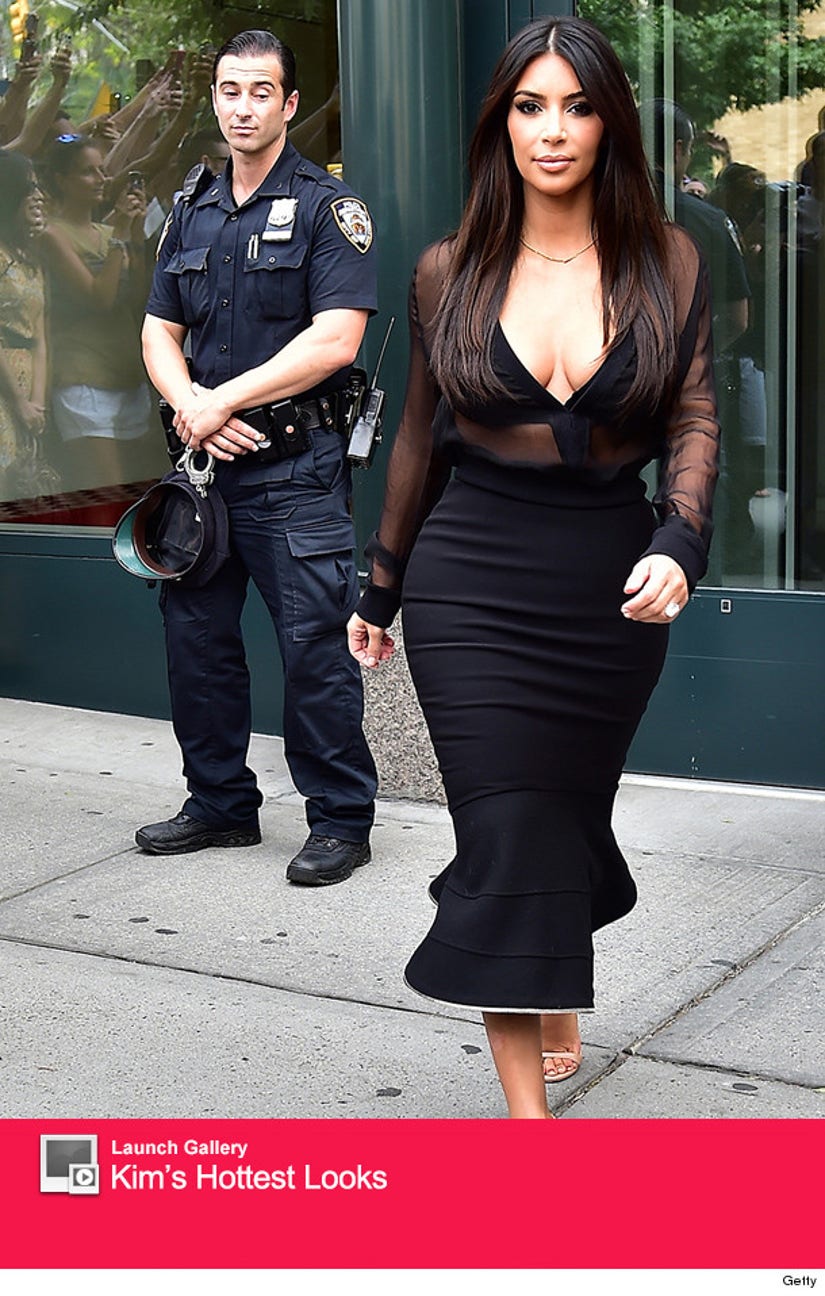