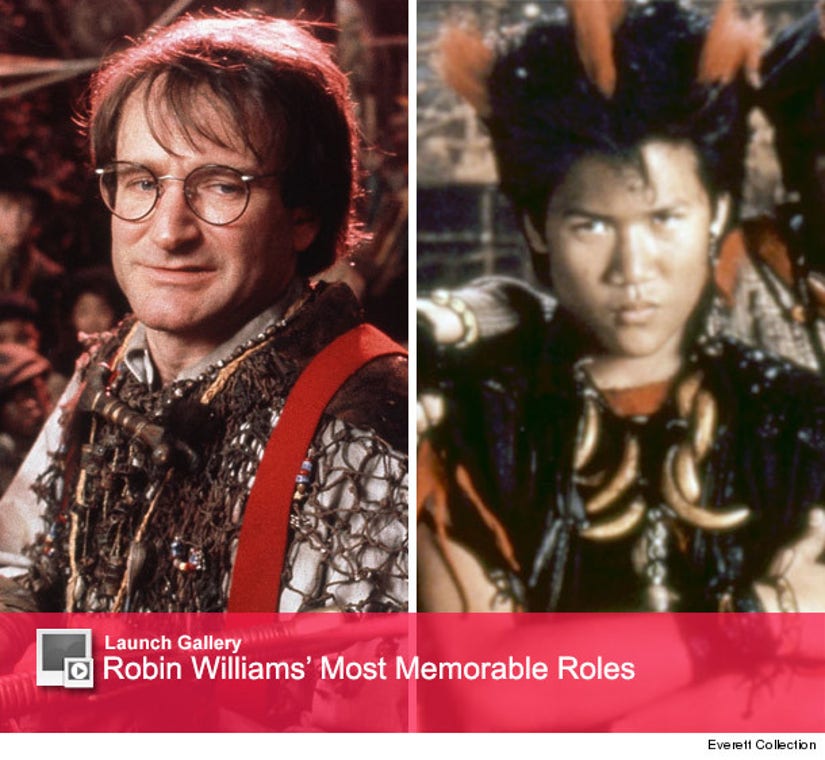 Robin Williams seemed to touch every person he worked with.

Dante Basco, who played Rufio in "Hook," posted a very sweet tribute to the late actor who passed away on Monday.

In the blog, the 38-year-old former child star opens up about the Williams' iconic roles in movies like "Hook" and "Dead Poets Society," and reveals how Robin's work helped shape many of his childhood memories and career as an actor and writer in Hollywood.

Today Robin Williams past away and it's been so surreal, it felt like it came out of nowhere… A text message from a friend made me aware of the news and frantically I jumped online to see if it was true. Sadly, I found out it was and even more sad, I read of the circumstances. I couldn't keep reading the stories online for it's too sad.

At times like this, I get very reflective and being a writer, I guess it's best to write and what better place but my blog. It's surreal because I haven't seen Robin for many years yet in he's so connected to me due to his close involvement in the biggest role of my career in “Hook” where he played Peter Pan and I played the punk kid who took over as leader of the Lost Boys when he left Neverland… Rufio.

Although working with him changed my life, in truth, he impacted me several years before when “Dead Poet's Society” became one of my favorite films and really started me being interested in poetry, at which I later became a poet.

Ben Stiller on Robin Williams' Death: His Heart Was So Big

I was lucky to work with him as an actor and witness first hand the magic of what made him a legend, the wit and other worldly improv skills. As well as see him single handedly put the morale of a movie set, easily hundreds of people, on his shoulders and kept everyone laughing as they worked long hours for what seemed like months on end. And at the same time, I was fortunate to spend private times, many mornings in the makeup chair, (which with my tri-hawk hair took hours), just talking about poetry… And soft spoken and introspectively we would discuss Walt Whitman and Charles Bukowski.

With “Hook” and so many other films, I, like millions of others became a fan and was always delightfully surprised by the performances he managed to produce, but with his passing, I can't help to feel, along with my generation… I can't help feeling like it's the death of my childhood. I guess we can't stay in Neverland forever, we must all grown up.

But I just want to bid a sorrowful farewell to one of the greatest I've been able to work with and be around and I'll always remember my time with you as some of the greatest moments in my life… and just like the rest of the world, I'll remember you with joy and laughter.

O' Captain! My Captain! See you in Neverland…