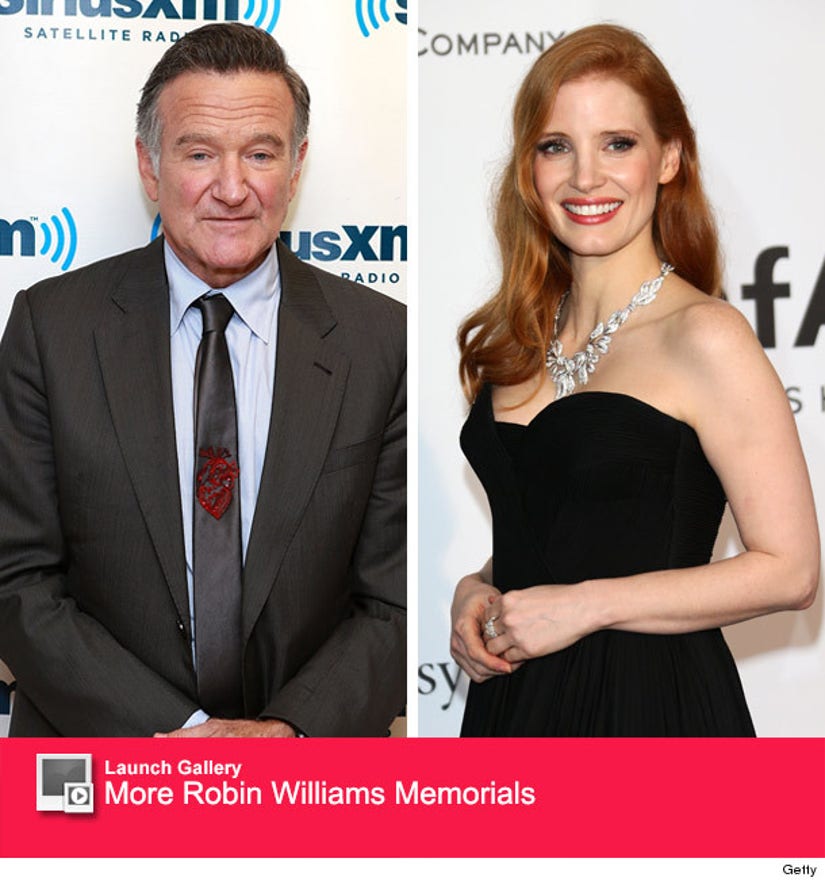 Since news broke about Robin Williams' sudden passing, celebrities have been taking to social media to share their stories of how the late actor touched their lives.

"Robin Williams changed my life. He was a great actor and a generous person," she wrote. "Through a scholarship, he made it possible for me to graduate college. His generous spirit will forever inspire me to support others as he supported me. He will forever be missed."

The Oscar-nominated actress previously revealed that the scholarship she received to attend New York's Juilliard School was funded by Williams, explaining that she was the first in her family to go to college.

"It paid for my schooling, back and forth to go home for Christmas, books, everything. He actually made it possible for me to go to school there because my family were not incredibly wealthy and I was the first one to go to college," she said.

Ben Stiller on Robin Williams' Death: His Heart Was So Big

At the time, Jessica said she wanted to thank Robin personally for the effect he had on her life, but she had never actually met him in person. She shared that she once sat next to Robin in a restaurant but sadly didn't get an opportunity to talk to him before he left.

Meryl Streep, who stopped by "Today" to promote new movie "The Giver" on Tuesday, also opened up about the "Mrs. Doubtfire" actor's infectious personality.

"It's hard to imagine unstoppable energy stopped," adding that Williams was "such a generous soul. I never worked with him, but he was a great friend of Chris and Dana Reeve ... He was always very loyal to them and their foundation."

Check out the clip below to hear more from Streep.

Click here to see what other celebrity fans had to say about Williams ... and read the touching tributes from his "Mrs. Doubtfire" costars here as well.