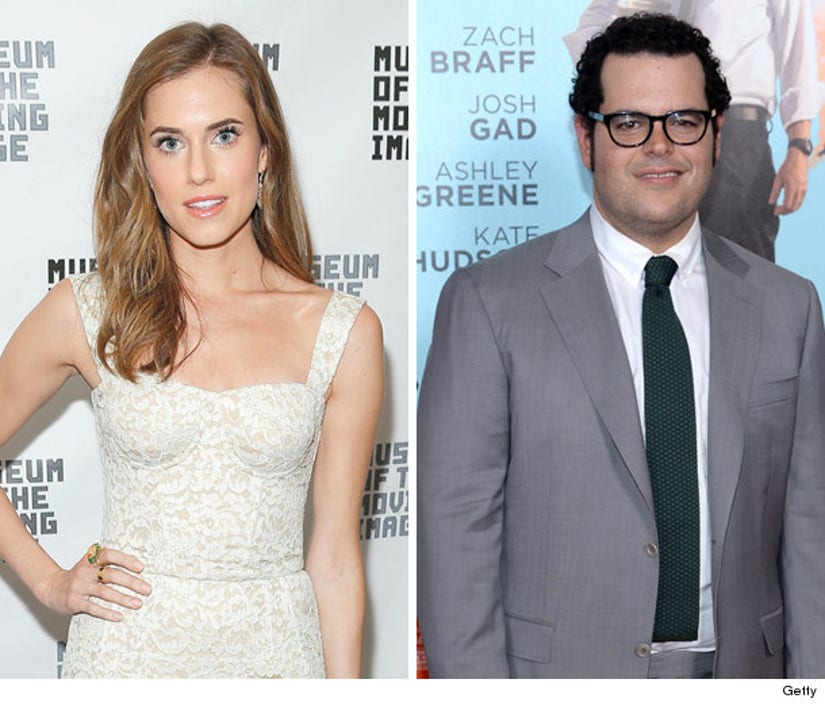 The tributes just keep pouring in.

Allison Williams and Josh Gad are the latest stars to honor the late Robin Williams.

In a video posted to the "Girls" star's Instagram account, the brunette beauty flies across the stage as she prepares for her new role on NBC's "Peter Pan."

"First day of flying lessons for Pan. Thinking about and missing a hero of mine who once did this and left big shoes to fill," the 26-year-old captioned the candid video.

Robin played Peter Pan in Steven Spielberg's "Hook," and like many of us, we're sure the late-actor shaped many of Allison's childhood memories.

Josh Gad, who voiced Olaf in "Frozen," also posted a sweet message about the comedian on USA Today.

See some of the heartfelt letter, titled "Olaf remembers his friend and idol, the Genie," Josh penned in memory of Williams below:

"Every actor has that idol that inspires them. That makes them want to bring joy and laughter to the masses; to make people cry and think; to give people a two-hour escape from the pain of their daily lives. For me that actor was Robin Williams."

He goes on to describe Williams coming to see him perform in "Book of Mormon" on Broadway. "That night, I gave what was probably the best performance I have ever given on a stage. I felt intoxicated with the knowledge that I was entertaining a man who had raised me on his comedy specials, his movies and his TV series."

The two -- who actually lived in the same apartment building -- eventually became friends. Gad goes on to say his snowman in "Frozen" was inspired by one of Robin's most famous roles.

When I first met with the film's directors, I told them I wanted to create a character as free and as wonderfully surprising at every turn as the greatest Disney sidekick I had ever known: the Genie."