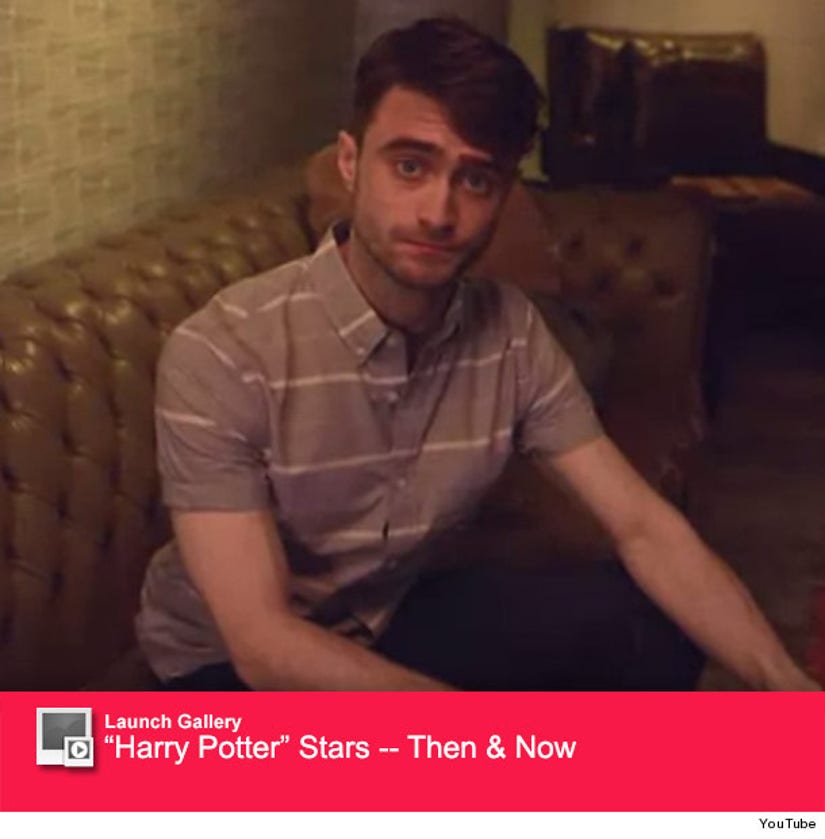 Daniel Radcliffe is the latest celeb to take of Vogue's "73 Questions" challenge, where he answers 73 questions in lightning speed!

In the clip, the "What If" star beats his interviewer in a game of Ping-Pong, showcases his tap dancing skills and reveals something no one else knows about "Harry Potter."

The 25-year-old actor also admits that he would call his autobiography "Bring on the Empty Broomsticks," his favorite food is the Canadian drunk snack poutine and he once waxed an unprintable part of his body for a role.

As the questions kept coming, we learned that Radcliffe's dream cameo would be in South Park, he wants to star in "Guys and Dolls" and that the best present he's ever given to a girl was his terrible poetry.

Check out the video below to learn a whole lot more about the "Harry Potter" hunk!