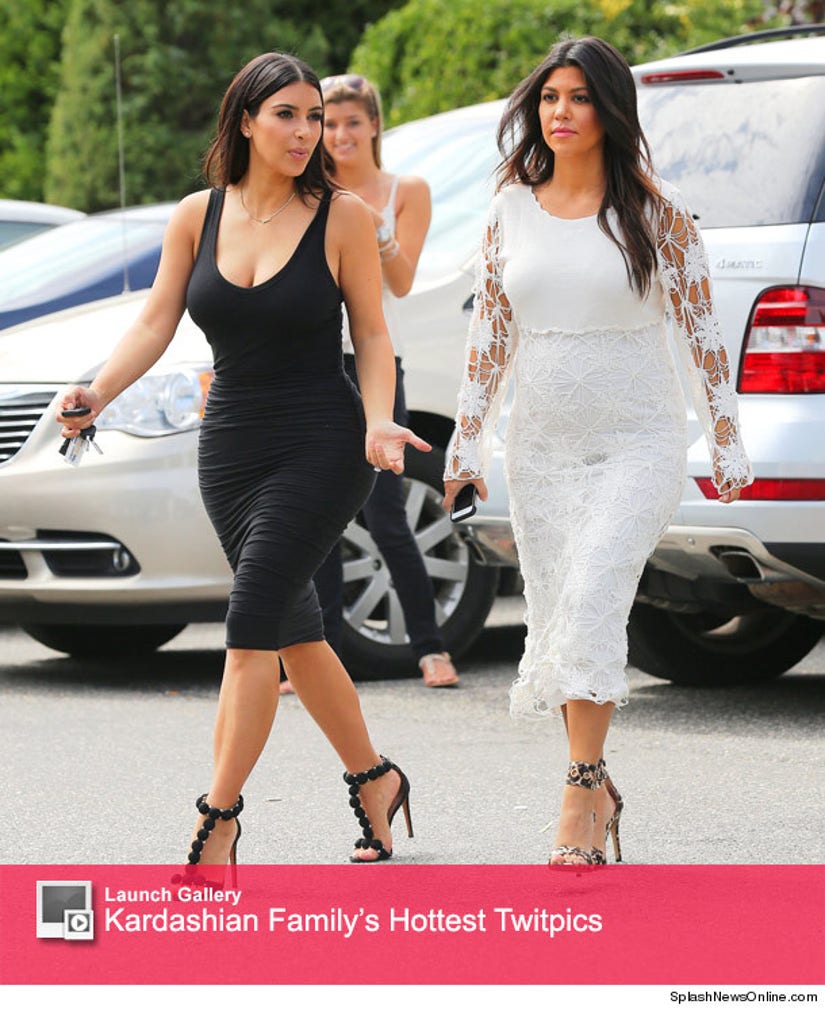 Now those are some killer Kardashian curves!

Kim Kardashian and Kourtney Kardashian stepped out in the Hamptons in New York on Tuesday, rocking some sexy skin-tight dresses.

Mrs. Kanye West rocked a short-sleeved LBD with jeweled heels and her hair styled straight, while Kourt looked like a vision in white wearing a lace, long-sleeved dress, printed sandals and her hair in curls.

The expecting star also put her growing belly on display in the gorgeous number. The 35-year-old announced she's expecting baby number three with longtime boyfriend Scott Disick back in June.

This is the second time Kourt has sported a white lace ensemble in the past week. Over the weekend she surprised us all by stepping out in a bodysuit that put it allll out there. This new look is a vast improvement!

Kourtney's not the only Kardashian sister with babies on the brain -- during an appearance on "The Today Show" on Tuesday, Kim also revealed that she wants to have more children with her rapper beau.

"I grew up with siblings. If I could just snap my fingers and have four I would have four," she told "Today's" Matt Lauer. "But I do realize I'm going to have to go through the pregnancy again. Mine was really difficult. Of course I want to have another child. I would love two more but we'll see. I'm going to have one more and see what it's like."

How do you think Kim and Kourt look? Tell toofab in the comment section below and click "Launch Gallery" above to see even more Kardashian family photos!