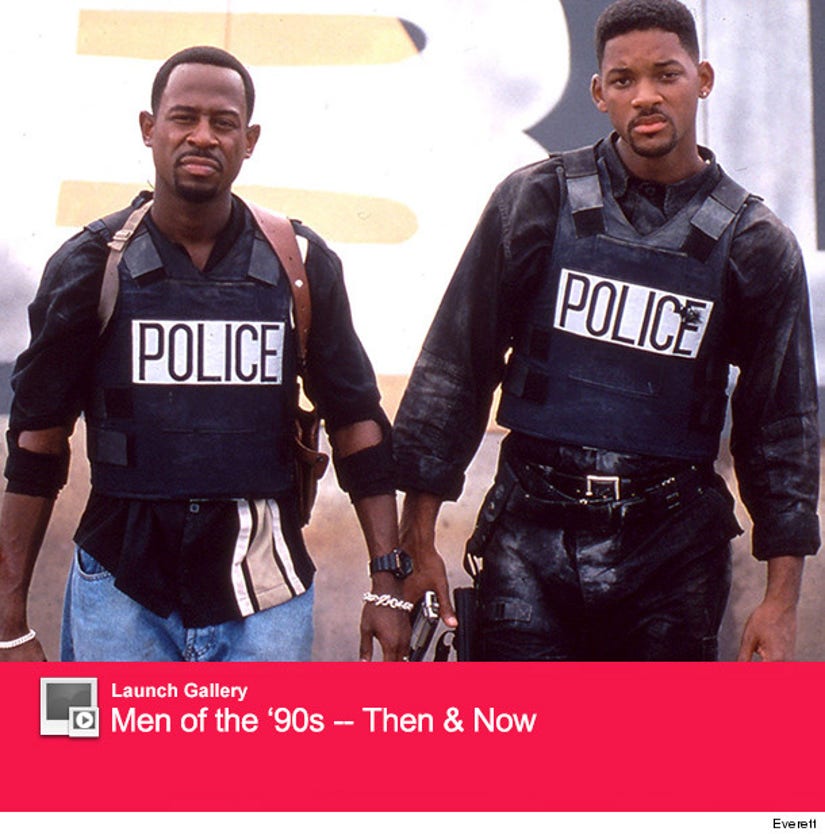 The "Bad Boys" are back!

During an appearance on "Conan" on Wednesday, Martin Lawrence confirmed that a third "Bad Boys" movie is in the works.

"I just talked to [producer] Jerry Bruckheimer yesterday and he said it's real, they're working on the script, they're getting close, and it all looks good," the actor revealed.

Lawrence, who played Marcus in 1995's "Bad Boys" and 2003's "Bad Boys II," did not confirm whether Will Smith will reprise his role of Mike Lowrey. He hinted that the "Men in Black" star would be back after Conan O'Brien asked for a walk-on role in the film.

"I will mention it to Will Smith and Jerry Bruckheimer that Conan wants a cameo," Lawrence said with a smile. "We wanna cast you in it," he said. "You know what you could play? A crooked cop on crack."
Conan laughed, adding, "Yes! I think I was born to play that."

Check out the video above to hear more about "Bad Boys 3!"

This isn't the first time Lawrence has talked about a third "Bad Boys" movie though. Speaking to MTV in 2010, the actor said he discussed the sequel with director Michael Bay.

Do you think it's really happening this time? Sound off below!