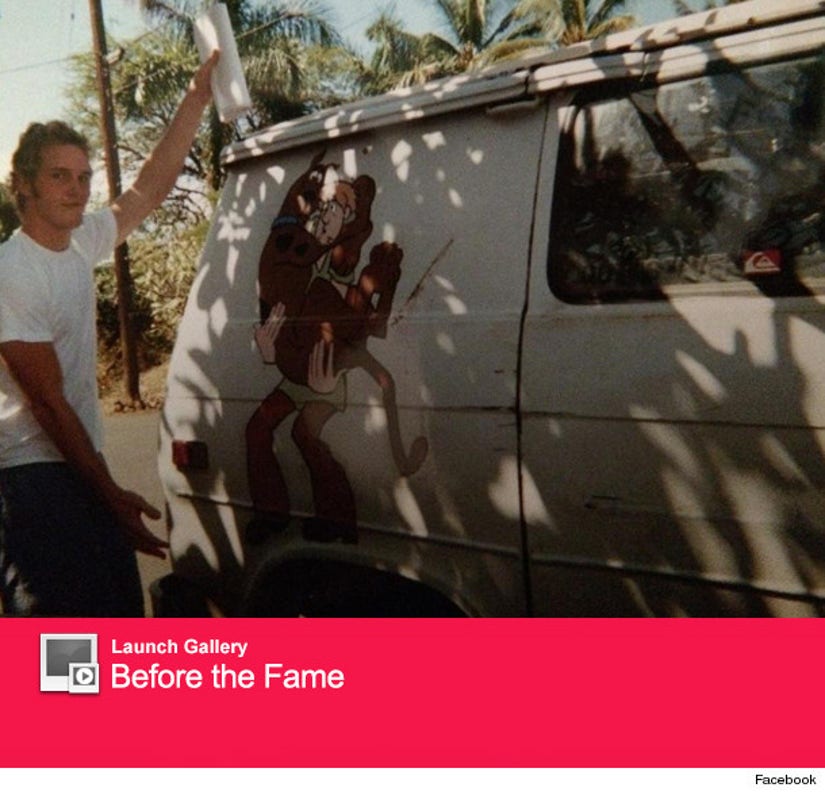 Chris Pratt was pretty much homeless before he got his big break!

The "Guardians of the Galaxy" star posted one awesome throwback pic on Friday via Facebook, showing him posing alongside the van he used to live out of in Hawaii.

"Can't believe I found this picture!!! That is the van I lived in!!! In my hand is the script for the movie that got me out of Maui. Crazy," he captioned the candid snap.

PHOTOS: Chris Pratt Has a Baby Bump Too! See Him Alongside Zoe Saldana!

The sexy actor opened up about his pre-fame days to The Whoolywood Shuffle show, revealing that he used to live in that van, and smoke weed in it every day while listening to Dr. Dre before landing his first major role.

Pratt did work, though -- Chris was serving tables, worked as a door-to-door salesman and even stripped before he got his first Hollywood gig.

What do you think about the "Parks & Recreation" star's throwback pic? Sound off below and click "Launch Gallery" above to see even more stars before fame!

And, because Marvel just released it, check out the best scene from "Guardians" below.

Warning: If you haven't seen the film yet, it's a bit of a spoiler.