Mila Kunis is all belly!

The expecting celeb celebrated her 31st birthday by showing off her growing baby bump on her way to yoga class in Los Angeles on Thursday.

The "Jupiter Ascending" star put her belly on display in tiny black bike shorts and a fitted black tank top.

The "That 70's Show" alum, who's expecting her first child with fiance Ashton Kutcher, recently opened up about one very big perk of pregnancy.

"They're amazing!" she says about her pregnancy breasts. "They've tripled in size. I was a 34A; now I'm a 36C. I'm so excited! I'm telling everyone I know, 'Go ahead, touch them!'" she said in the July issue of Marie Claire. "Without being an a**hole, I have to say, I love being pregnant." 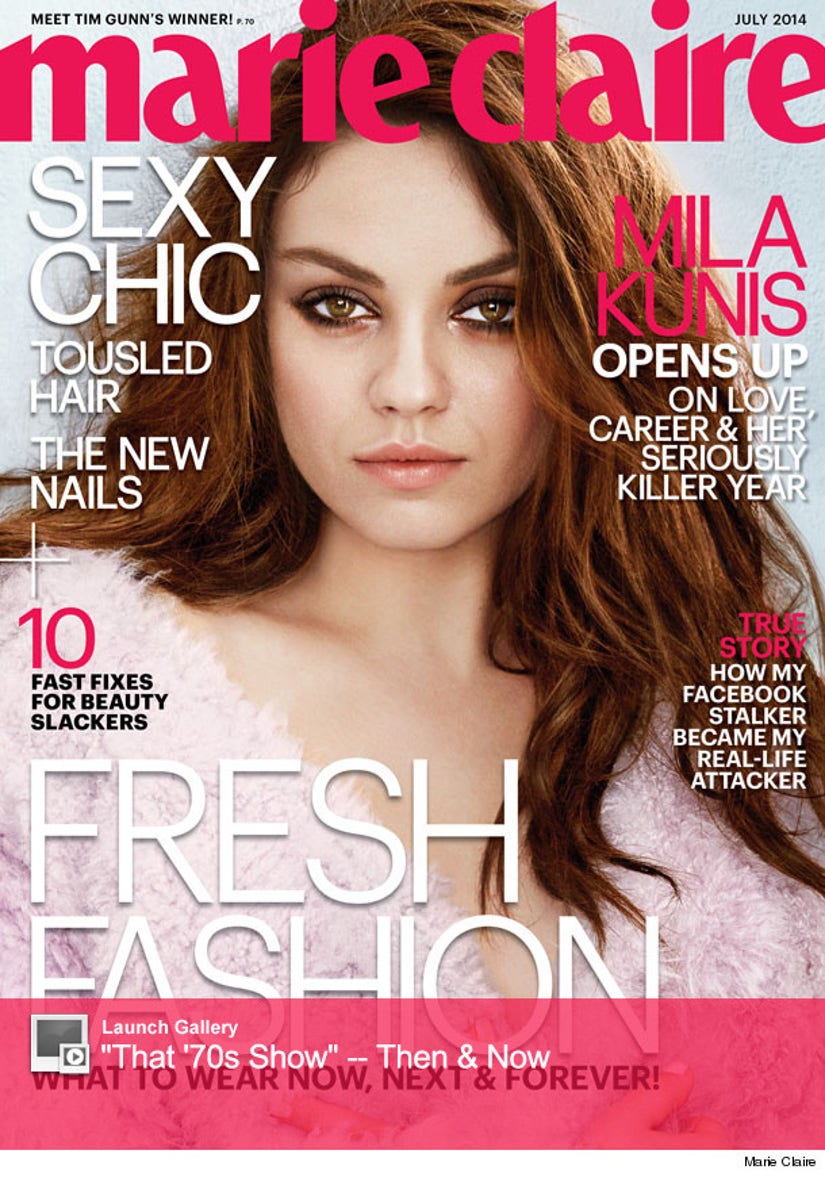 The brunette beauty also already has a detailed delivery plan.

"Two people are allowed in my delivery room. My doctor and my significant other," she explained. "And he is staying above the action. He'll be head to head. Not head to vag. Unless he wants to risk his life and see. But I wouldn't if I were him. I highly doubt he wants to see that being ripped apart and shredded. Because it will be shredded. It's just a matter of how badly."

Gotta love a woman who knows what she wants!